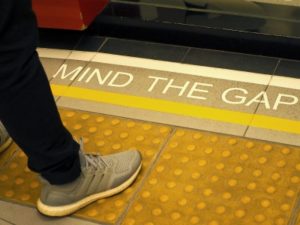 Transportation Secretary Arthur Tugade has reiterated his directive that he wants the ambitious Metro Manila Subway Project finished before 2022, the end of the current administration’s term.

“I want this project finished,” Tugade said during the recent seventh Steering Committee Meeting with partners from the Japan International Cooperation Agency (JICA).

JICA during the meeting presented updates on the project’s feasibility study. Among the issues discussed were timelines, alignment, and organizational arrangements.

Apart from fast tracking the project, Tugade also proposed for the subway to extend all the way to the Ninoy Aquino International Airport (NAIA). “I need to have that connectivity. I have a big problem with NAIA because of the projected increase in volume of passengers.”

The subway alignment originally has 13 stations, starting from Mindanao Avenue and ending at FTI Taguig. This is seen to cut travel time from Quezon City to Taguig to just 31 minutes.

Tugade also proposed a training facility for railway operators, to which JICA responded positively. JICA presented possible organizational arrangements to ensure that the subway will be constructed, operated, and maintained by a competent and dedicated team of certified operators and experts.

Apart from a world-class design, the proposed subway system will have water-stop panels, doors, and high-level entrance for flood prevention, earthquake detection, and a train stop system just like the subways in Tokyo.

At the end of the meeting, a minutes of discussion was signed by Tugade and JICA.

President Rodrigo Duterte and Japanese Prime Minister Shinzo Abe are expected to sign a loan agreement for the Mega Manila Subway Project during the latter’s visit to the Philippines in November. The Japanese government has pledged a US$4-billion soft loan to fund the construction of the first phase of the project two years from now, Bases Conversion and Development Authority president Vivencio Dizon earlier said.

The project is estimated to cost P227 billion, according to the Philippine government’s infrastructure projects portal. The 25-kilometer underground mass transportation system connecting major business districts and government centers is expected to serve around 370,000 passengers per day in its opening year.

Image courtesy of gnepphoto at FreeDigitalPhotos.net