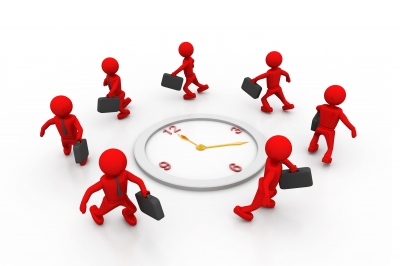 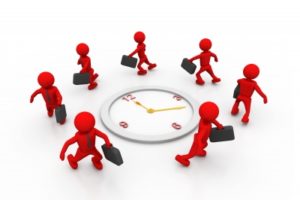 The Philippine Travel Agencies Association (PTAA) is against a draft customs administrative order (CAO) that charges the overtime fee of customs airport personnel to airlines, noting this “contradicts the basic principles of labor laws.”

According to Section 3.8 of the draft CAO, which will partly implement the Customs Modernization and Tariff Act, customs services will be rendered not less than eight hours per day for five days a week, exclusive of lunch time—or from 8 a.m. to 5 p.m. – except Saturdays, Sundays, and holidays, PTAA noted.

Section 4 of the draft order also states that a P30,000 aircraft supervision shall be paid by the airline or its agent for every aircraft engaged in foreign commerce that landed and departed from an international airport of entry and where customs services are rendered, such as tagging of estimated time of arrival and actual time of arrival, issuance of entrance and clearance permits, conducting of boarding formalities, supervision of the loading and unloading of cargoes, underguarding of cargoes and aircrafts, clearance of passengers and baggage, storage and release of held baggage, and other related services.

“Overtime pay for customs officials must be shouldered by the government and not the airlines,” PTAA president Marlene Jante said.

“If the BOC wants to implement an overtime system instead of the 24/7 shifting schedule that was specified under CAO 7-2011, then airlines under any circumstances should not be ordered to provide service fees, dues, and other charges,” Jante added.

“There is no government in the world that orders international airlines to pay for overtime work of customs officials at airports,” Jante said, adding that “airline responsibility starts when passengers and cargoes are boarded and ends when they are disembarked.”

A copy of the draft became available online on May 11 and a public consultation was held on May 18. PTAA only got hold of the draft’s copy recently.

Former PTAA president Aileen Clemente, who also disagrees with the draft order, said, “It is completely unacceptable for the government, especially in a globalized economy, to only provide customs service’s during working hours.”

“It is not right for tourists, investors, and Filipinos coming back into the country to not be cleared by the BOC for entry unless the airlines pay for it,” she added.

Aside from PTAA, exporters also expressed concern over the proposed draft CAO.

The Philippine Exporters Confederation, Inc. (Philexport), in a position paper, said it “strongly” opposes the proposed order and is recommending a status quo.

Philexport invoked Executive Order (EO) No. 554, series of 2006, directing all departments, bureaus, and other agencies and offices of the government to improve the competitiveness of the country’s export sector by eliminating the fees and charges imposed on export clearances, inspection, permits, certificates, and other documentation requirements.

The confederation said the proposed fees represent at least a 100% increase considering there are no fees currently being imposed on exporters.

Philexport noted that an increase “will negatively impact on the cost of doing business especially for the MSMEs (micro, small, and medium enterprises) who are struggling from other domestic and international challenges.”

It added that “just like other government agencies, overtime fees should be part of the regular BOC budget.”

The Export Development Council, in a separate position paper, said the National Economic and Development Authority should be consulted first before any fee is imposed to ensure “a balance between recovering the costs of services rendered and the socio-economic impact of their imposition.”

EDC said Section 4 of the draft CAO, which states that BOC shall collect customs service fees for services rendered, “will entail double taxation if the additional cost is not justified.”

It noted that services under this section “are inherent functions of the BOC” and that the salaries for employees performing such services are already provided for by the government.

The Association of International Shipping Lines (AISL), meanwhile, recognized the right of BOC to charge service fees pursuant to provisions of the CMTA.

“However, we found the amount of fees mentioned in the draft CAO to be too high hence, our manifestation during the public consultation forum for a separate one-on-one dialogue between the BOC port operations officers and AISL to discuss the most reasonable amount of service fee acceptable to both parties,” AISL general manager Atty. Maximino Cruz told PortCalls in an email.

Cruz said the dialogue “was successful which led to the establishment of the fees as agreed by the parties.” But since the draft CAO has not yet been approved, Cruz said AISL is not in a position to disclose the amount of vessel supervision service fees established by the parties.

Asked if BOC will still hold another public consultation with stakeholder organizations on the draft CAO, BOC spokesperson and Office of the Commissioner chief-of-staff Atty. Mandy Therese Anderson told PortCalls in a text message that the CMTA Project Management Office “will handle the matter in a way they think would be the best.”

She noted that “if the issues can be quickly resolved, then no need (for another consultation). Priority is the completion of the drafting of the IRR so we can fully implement the CMTA.” – Roumina Pablo