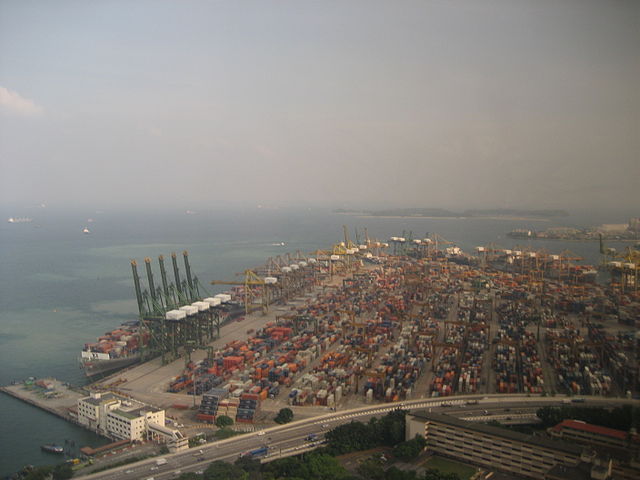 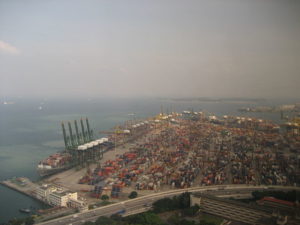 Construction of the mega port in Tuas, Singapore, has officially started with initiation rites held on April 29 for the first phase of the development, announced the Maritime and Port Authority of Singapore (MPA).

When completed, Phase 1 will have 20 deep-water berths that can handle about 20 million twenty-foot equivalent units (TEUs) per year. The entire mega-terminal will have a total capacity of up to 65 million TEUs.

A major component of Singapore’s Next Generation Port vision, Tuas Terminal will incorporate new features such as optimizing land use by utilizing both above and underground spaces for complementary purposes like storage facilities.

The terminal will also underscore the safety and security of the port waters via a next-generation traffic management system, and increase productivity and reduce labor costs through the use of technology like automated yard cranes and port equipment.

Coordinating Minister for Infrastructure and Minister for Transport Khaw Boon Wan marked the initiation ceremony by launching the first caisson, a watertight retaining structure used to work on the foundations of a pier. In total, 222 such caissons will form the permanent wharf structure.

With each caisson measuring 28 meters tall and equivalent to the height of a 10-story HDB block, the caissons designed for Tuas Terminal Phase 1 are one of the largest in the world, said MPA.

The Tuas Terminal will be developed in four phases over a span of some 30 years, with the Phase 1 reclamation works scheduled to be completed by the early 2020s.

In February 2015, the MPA appointed the DIAP-Daelim Joint Venture to carry out the land reclamation and related works for Tuas Terminal Phase 1 development. The works will include reclaiming 294 hectares of land, dredging the Tuas basin and Temasek Fairway, as well as constructing the wharf structure.

“The Tuas Terminal is a centerpiece of Singapore’s Next Generation Port vision and demonstrates our strong commitment to strengthening and sustaining our leadership position as a global hub port and international maritime center,” said MPA chief executive Andrew Tan.