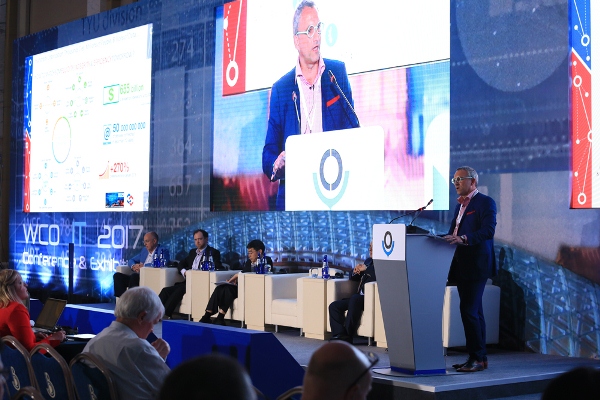 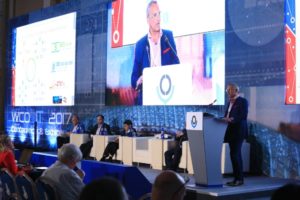 The World Customs Organization said it is making the source code of the WCO Customs Targeting System (CTS) publicly available and placing it on an open source before the end of 2017.

The decision was announced by WCO Secretary General Mikuriya at the 2017 WCO IT Conference & Exhibition that concluded June 9.

The CTS is a cargo manifest risk assessment solution developed by WCO to enable its members to carry out international best practice cargo risk assessment to manage risk and facilitate trade, and thus implement key parts of the WCO’s SAFE Framework of Standards and Kyoto Convention.

Also discussed during the three-day event were the latest trends and emerging developments in the world of border and IT supply chain management.

In the first session, which was dedicated to e-commerce, Mikuriya underlined that e-commerce is a game changer for both the private sector and customs. It is allowing MSMEs to join global value chains, but also bringing many unknown players moving goods across borders.

At the same time, the speakers recognized that traditional trade is slowing down and e-commerce is rising all the time and will impact logistics and many other areas. E-commerce will also contribute to reducing gaps between economies, allowing for more fairness and inclusiveness in foreign trade, as well as more fair taxation.

Presenters also stressed that developing countries still have gaps in digital infrastructure and e-payment solutions, which means e-commerce is expected to continue to grow significantly. In the EU alone, it was pointed out that e-commerce grows 20% yearly.

But there were also key issues raised, such as lack of data and poor data quality which do not allow for proper risk management. Other issues raised concerning e-commerce included IPR infringements, security issues, and revenue leakage.

In terms of data exchange mechanisms, Secretary General Vladimir Zubkov of The International Air Cargo Association said the question of trust is always being brought up as not all parties implement the same data privacy and data protection rules and regulations.

Some good examples of data sharing projects were mentioned such as the one between the Slovenian customs and post. A possible way forward could be to have posts perform some of the duties of customs on their behalf. It was also mentioned that using standardized data requirements by all customs administrations could provide for much better data quality and data analytics capabilities.

Another session that raised particular attention was the one on blockchain technology. Blockchain was recognized as an excellent tool for enhancing cyber security by establishing a trusted network. Blockchain can support authenticity of import/export data across the value chain and has the potential to transform the supply chain completely.

The speakers talked about the use of blockchain technology in banking, agrifood, supply chain management, as well as  property registration. The advantage of blockchain technology is that stored data is impossible to delete, alter, rewrite, or illegally manipulate. It allows for improved efficiency and transparency of global supply chains by providing permissioned access to key shipping events, and enables secure, digitized document workflows to all supply chain participants, with 10% efficiency savings.

The single window session also attracted a lot of attention, since the single window is another commitment under the WTO Trade Facilitation Agreement which entered into force in February 2017.

Speakers pointed out that the multiple standards and multiple single windows are an obstacle to trade facilitation. That is, the private sector has its own data standards and regulatory data has its own standards, and the challenge is how to bring those two together so that the systems understand the same data in the same way.