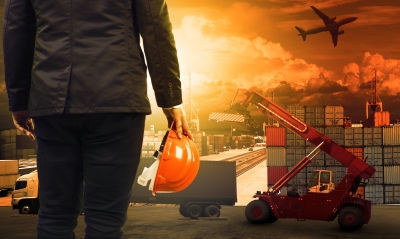 Government restrictions in the form of laws and regulations can adversely affect the price, reliability, and quality of distribution, multimodal transport, and logistics (DML) services, according to a recent report by state-run think tank Philippine Institute for Development Studies (PIDS).

Laws and regulations have adverse effects “especially if they discriminate between providers of these services and if these laws and regulations are administered or implemented less efficiently,” according to a PIDS discussion paper titled “Regulatory Measures Affecting Services Trade and Investment: Distribution, Multimodal Transport, and Logistics Services.”

“The time as much as the cost of complying with all the laws and regulations can add up to higher operating costs for shippers and traders,” noted the report prepared by researchers Lai-Lynn Barcenas, Glenda Reyes, Jose Tongzon, and Ramonette Serafica.

According to the report, one interesting feature of the Philippine legal and regulatory framework for the DML sector is the involvement of a number of government agencies in providing the implementing rules and regulations, depending on the nature or type of transport and logistics services involved.

“Given that there are a number of agencies involved in the implementation, it is crucial that their regulations are consistent, transparent and coherent so as to provide a predictable and efficient environment for providers and users in the DML sector,” the report pointed out.

The PIDS team listed several regulatory issues and challenges that were raised during stakeholders consultations.

First is inconsistent policies, which makes integration and coordination—critical to a coherent and well-functioning logistics supply chain—difficult to achieve in practice.

One reason for this, the report noted, is the lack of understanding of the substantial benefits of supply chain integration and coordination, which has led to inconsistent, overlapping, or sometimes contradictory policies.

Allocating regulatory responsibilities over the many aspects of transport and logistics to various government ministries and departments without one central coordinating agency can also lead to an uncoordinated logistics system, the report said.

“Given that there are different government agencies involved in the implementation of policies and regulation of the different modes of transport, it is but critical that effective coordination is achieved,” the PIDS paper stated. Coordination is particularly important in formulating and implementing policies for logistics services due to inter-connectivity and interdependence of activities in the logistics chain.

The absence of a central coordinating agency to oversee transport and logistics and coordinate the formulation/dissemination of policies and regulations for this sector has emerged as a major problem, preventing the government and private industry from achieving a coordinated set of regulations for multimodal transport operations.

Although transportation is only one of the many components of logistics, it accounts for the largest share of logistic costs, and thus plays a critical role in achieving an efficient and cost-effective logistics.

“Maritime transport in particular is the most important mode of transportation in international trade since the bulk of international freight in terms of volume is carried by sea. This occupies an even more prominent role in the Philippines, an archipelago which can be best connected by an efficient and seamless maritime transport system,” the report noted.

Port authorities PPA’s and CPA’s  mandates of being both regulator and commercial operator “creates a conflict of interest, which is one of the major factors responsible for the high level of port inefficiency and exorbitant port charges to the detriment of port users in the Philippines and the nation’s international competitiveness.”

“Specifically, since the PPA obtains part of its revenue from port operations, there is therefore a tendency for the PPA to approve any rate or charge increases applied by the terminal operators,” the report explained.

A related problem is that most ports in the country are managed by PPA, a situation that the PIDS paper said leads to lack of inter-port competition and lower port efficiency.

It said that although a centralized administration of ports helps to avoid investment duplication and excess capacity, “there is the tendency for this type of port administration to lead to less competitive port environment.”

The report, however, noted that the issue of conflict of interest is actually part of a broader issue of whether government should be less involved in the management and operation of ports and should act only as regulator to improve overall port efficiency.

Based on industry feedback from focus group discussions, the report said the lack of consistency and transparency in implementing policies and regulations is another issue affecting business operations.

Since the Local Government Code devolved the authority to manage traffic and road use to local government units (LGUs), LGUs have come up with varied, inconsistent, and unpredictable regulations, such as requiring the use of separate stickers for trucks to be able to pass through the areas they manage.

“These different regulations have hampered and slowed the flow of transport across various areas and regions,” the report pointed out.

Another common issue is the range of obstacles faced by trucking operators, including inconsistencies in the requirements for operating permits and the number coding scheme between cities and provinces. During the interviews it was found that some cities and districts would not grant passage through and would even require additional fees (often called “pass-through fees”) from delivery trucks.

There is also some inconsistency in implementing indirect taxes and regulations on warehousing and transportation. While commissions and freight of international air and shipping lines that operate in the domestic market are VAT-exempt due to the Most-Favored Nation policy, local agents’ commissions are not VAT-exempt although their freights are.

The Land Transportation Franchising and Regulatory Board also limits, without any seeming rationale or scientific basis, the number of trucks, while “road worthiness” of trucks is not clearly defined.

Duplication of licensing and accreditation requirements set by the Civil Aeronautics Board and Marina has likewise led to duplication of charges—a charge is levied at the exporting country and another charge imposed at the destination and receiving country.

The procedures for obtaining import permits, particularly for food imports, were also cited as unnecessarily long and burdensome, involving several government agencies that are scattered in different locations.

Other issues point to the lack of effective enforcement of regulations by the responsible government agencies.

International shipping charges were mentioned as an area that needs to be regulated, given that foreign shipping lines are said to be introducing new local charges that can lead to higher shipping charges to be paid by the freight forwarders.

Apart from freight rates, freight forwarders are imposed additional charges that shipping lines can introduce anytime. Some of these charges can be shifted to the shippers while others have to be absorbed by the freight forwarders themselves. – Roumina Pablo