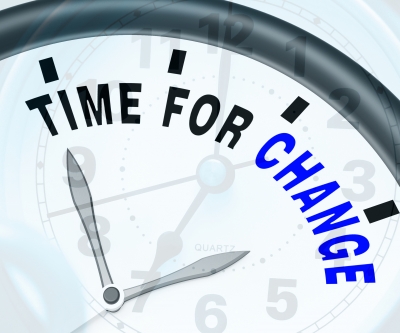 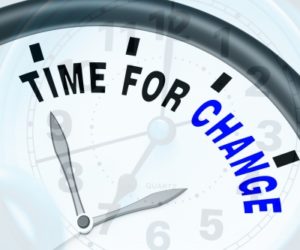 Regulatory reforms are needed to improve the competitiveness of the distribution, multimodal transport and logistics (DML) services, which play a crucial role in the country’s economic development, according to a recent report by the Philippine Institute for Development Studies (PIDS).

The PIDS discussion paper titled “Regulatory Measures Affecting Services Trade and Investment: Distribution, Multimodal Transport, and Logistics Services” noted that since logistics costs now account for a significant portion of export costs, reducing logistics costs and improving logistics efficiency will boost the country’s trade performance. It will lead to the lowering of export and import costs, as well as ensure the delivery of goods from the point of production to the point of consumption at the right place and the right time and in conditions the customers want.

“Apart from facilitating international trade, [DML services] contribute to the enhancement of our export competitiveness. Their importance is further accentuated by the fact that the Philippines is an archipelago, but the cost and inefficiency of transport and logistics services are considered to be quite high by international standards,” added the report authored by researchers Lai-Lynn Barcenas, Glenda Reyes, Jose Tongzon, and Ramonette Serafica.

It noted that logistics costs in the Philippines are significantly higher than in most Association of Southeast Asian Nations member countries not only “due to its geographical and infrastructure challenges arising from its archipelagic nature, but also due to burdensome and sometimes inconsistent regulations imposed by various government agencies.”

To make the DML sector in the Philippines competitive, the report listed several recommendations, including establishing a regulatory framework for multimodal transport.

“Given the importance of an integrated approach to the development of a consistent and coherent regulatory framework, a master plan for the DML sector in terms of policies and strategies in consultation with all stakeholders is useful so that we can have a more efficient and effective DML sector and thus a more sustainable trade and economic growth,” the report said.

For some activities in the supply chain, such as customs responsibilities and port management issues, the report said “more decentralization can be considered for better efficiency in this sector.”

The proposal to create a competent national body within the Department of Transportation (DOTr) for multimodal transport operators (MTOs), with the Department of Trade and Industry (DTI) relinquishing its involvement in sea freight accreditation and regulation, and the Maritime Industry Authority (Marina) and Civil Aeronautics Board (CAB) focused exclusively on unimodal transportation, has already been agreed upon by the two departments, the report noted.

“This proposed institutional arrangement is in the right direction,” it pointed out.

The paper also recommended integrating the regulatory framework for DML services in order to improve the ease of doing business. The PIDS discussion paper observed that currently such integration is lacking. It said regulations and business licenses covering the various aspects of logistics services are under the jurisdictions of different government agencies, “making it difficult for prospective DML investors to apply for licenses to conduct logistics services in the region.”

An integrated regulatory framework can provide DML providers a single window when applying for various licenses that are required to be able to engage in different aspects of logistics services and respond to the fast-paced developments in the logistics industry.

Conflict of interest in PPA

To avoid a conflict of interest, the regulatory functions should be separated from commercial functions in managing and operating ports in the Philippines, the report further recommends.

Under the current institutional arrangement, the Philippine Ports Authority (PPA) is vested with both regulatory and commercial functions and is entitled, under Letter of Instruction (LOI) 1005-A, to a share in cargo-handling revenues.

“This anomalous arrangement under which the regulator is also partly responsible for port operation and management has resulted in the formulation and implementation of policies and regulations that are detrimental to the welfare of the transport and logistics service providers and users, and thus to the nation’s international competitiveness,” the report pointed out.

However, it cautioned that less government involvement in port management and operation does not guarantee improved port efficiency.

“Just as governments can fail to allocate resources efficiently, there is also such thing as market failure,” the report said.

It added that although more private sector participation may be a necessary condition for port efficiency improvement, “it is not a sufficient condition.”

The report also recommends providing a review mechanism and setting up a legal and regulatory framework in sub-sectors with currently no existing regulations.

More appropriate regulations for the logistics sector might be needed to implement the commitment to integrate logistics services, the PIDS paper added.

For example, it indicated that there are no specific regulations for the wholesale industry, multimodal, and air traffic distribution, and there is no clear definition or classification of e-commerce.

“Additionally, the government should look into the behavior of international shipping lines with respect to imposing excessive and arbitrary local charges,” the report noted.

In the case of distribution, the PIDS paper explained that continued growth in e-commerce and advances in transportation technology enabling express delivery services will have some regulatory issues and implications.

E-commerce has reshaped the distribution channel in that it enables companies to distribute their products directly to their customers (direct retailing), reducing the need for wholesaling.

Moreover, the use of the internet in customer ordering and post-transaction services has raised the issue of whether e-commerce should be classified as a public utility or mass media. More discussions on how e-commerce should be classified, and on its emerging opportunities, risks, and challenges should be undertaken between government agencies and the private sector to arrive at appropriate regulatory measures and understand its implications for the industry and the country, the report said.

Also suggested by the paper is for DOTr, along with Congress, to legally mandate that pass-through fees not be allowed in order to solve the inconsistencies between districts and cities.

“This will prohibit local government units (LGUs) from abusing authority over their areas. If there is a law that prevents such hindrances, trucking services will be able to cite it and avoid further complications,” the report stated.

It stressed, however, that this calls for efficient and effective enforcement.

In June 2006, the Department of Interior and Local Government issued Memorandum Circular 2016-60 ]the years differ?[ directing LGUs to refrain from collecting or imposing pass-through fees. The problem, however, is the enforcement.