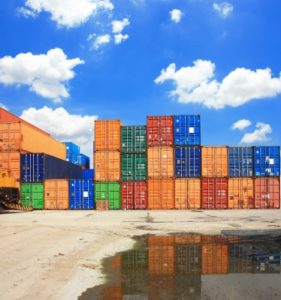 The Philippine Chamber of Commerce and Industry (PCCI) is requesting the Department of Finance (DOF) and Bureau of Customs (BOC) to reconsider their plan to expand the pre-shipment inspection (PSI) program to containerized cargoes, proposing other measures instead.

In resolutions adopted during the 43rd Philippine Business Conference and Exhibit, PCCI said PSI “is not consistent with the Revised Kyoto Convention (RKC)” and that other measures can be applied to effectively combat smuggling while facilitating trade.

There are moves in both houses of Congress to include containerized cargoes in BOC’s PSI program in a bid to combat smuggling.

Angat-Buhay Party-list representative Lito Atienza has filed a bill in the Lower House on the compulsory advance clearance of all foreign cargoes headed for the Philippines. Senator Franklin Drilon, meanwhile, vowed to block the 2018 budget of BOC if PSI is not extended to containerized cargoes.

Stakeholders have long opposed the measure mainly due to the issue of who will pay for the service, with some groups suggesting that the government subsidize the inspection fee to allay costs.

PCCI, in its resolution, suggests other measures that can take the place of PSI. These include applying the principle of risk management “to make effective interventions in the supply chain without constraining legitimate trade.”

PCCI also suggests fast-tracking efforts to modernize customs administration and implement institutional reforms, as well as maximizing the use of information and communications technology (ICT) and non-intrusive technology.

The group likewise recommends conducting x-ray inspections to protect the integrity of cargoes.

Customs Commissioner Isidro Lapeña, in a press conference on October 23, said BOC is allotting P1.3 billion from its 2018 budget to acquire 56 x-ray machines. He added that BOC is also fast-tracking its automation program to lessen human intervention when dealing with the customs bureau.

In addition, PCCI is suggesting the adoption of trade facilitation measures such as the Authorized Economic Operator (AEO) system, advance lodgement and clearance using modern and relevant ICT-based systems.

The Customs Modernization and Tariff Act (CMTA) mandates the creation of an AEO program, a concept under the World Customs Organization SAFE Framework of Standards to Secure and Facilitate Global Trade that seeks to enhance international supply chain security and ease movement of legitimate goods.

The business group is also asking BOC to issue the comprehensive and complete implementing rules and regulations (IRR) of the CMTA and to mandate that processes at the agency be automated and simplified to facilitate trade at the borders.

Instead of releasing one comprehensive IRR, the BOC and DOF have opted to issue piece by piece administrative orders covering different CMTA provisions. The BOC has also been holding public consultations since August last year tackling one order each week.

BOC should also revive its Customs Valuation Team (CVT) “to address the recurring issue of industries in the absence of a system to monitor the market price of short-cycle commodities resulting to tariff valuations that do not reflect current market prices,” said PCCI.

“The CVT can effectively help in undertaking reference valuation, address the issue of undervaluation and help track down technical smuggling,” it said.

The business group is further appealing to DOF and the Department of Foreign Affairs to push through with the Philippines’ accession to the Istanbul Convention by issuing a Certificate of Concurrence to the Office of the President and then to the Philippine Senate for ratification.

The Convention on Temporary Admission, or the Istanbul Convention, which entered into force in 1993, is a single international instrument combining all the existing conventions on temporary admission and simplifying procedures. Temporary admission without paying customs duties is established to minimize the costs of border crossing and provides an important incentive for the development of a country’s economic activity. The convention provides for the free movement of goods across frontiers and their temporary admission into a customs territory with relief from duties and taxes.

Both departments should adhere to the announced timeline for incorporating the IABPI into TradeNet, according to the PCCI. TradeNet is an online trading platform designed to perform the functions of the National Single Window (NSW), which aims to facilitate trade, heighten transparency in customs procedures, and improve revenue collection in the Philippines.

Image courtesy of joesive47 at FreeDigitalPhotos.net