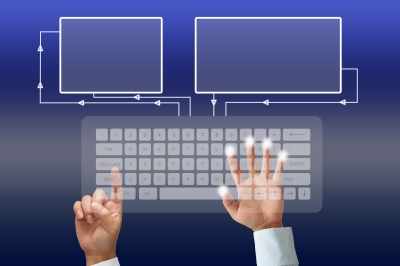 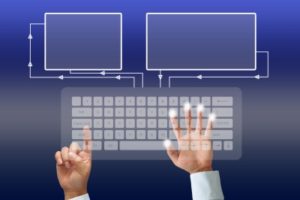 The National Single Window (NSW) Steering Committee, a high-level team chaired by the secretary of the Philippine Department of Finance (DOF), has agreed to adopt a government-built online platform for trade as the vehicle for the NSW.

DOF Undersecretary and Chief Economist Gil Beltran in a statement said TradeNet.gov.ph will be the online trading platform to perform the functions of the NSW, which aims to facilitate trade, heighten transparency in customs procedures, and improve revenue collection in the Philippines.

The NSW will be interconnected by December this year to the Association of Southeast Asian Nations (ASEAN) Single Window (ASW), a regional initiative to speed up cargo clearance and promote economic integration by enabling the electronic exchange of border documents among the organization’s 10 member-states.

The NSW Steering Committee met last August to discuss how to implement the Philippines’ single window and tackle related measures to facilitate trade and improve the ease of doing business.

In a report to Finance Secretary Carlos Dominguez III, Beltran said the members of the steering committee also agreed to streamline and automate their agencies’ respective processes “to minimize costs of doing business and enhance the country’s competitiveness.”

The NSW Steering Committee is part of the NSW Task Force for Cargo Clearance, which was created via Executive Order (EO) No. 482, issued in 2005, and which consists of the steering committee and a technical working group (TWG) presided over by the Customs Commissioner.

“The steering committee handles the NSW and aims at facilitating trade transactions. We want, as much as possible, to reduce processing time, cut transaction costs and enhance competitiveness. The NSW is one of the most important reforms in government,” said Beltran, who was designated by Dominguez to chair and preside over the NSW panel.

“We are all performing important functions that will impact our [country’s] capability to generate investments. This is the reason why NSW was created,” Beltran added.

At a recent DOF Executive Committee meeting, Beltran explained that as the vehicle for the NSW, TradeNet is expected “to shorten the processing time of import/export clearances, reduce the number of transactions and required documents to be submitted, and remove bureaucratic red tape that has plagued businesses and citizens when dealing with the government.”

TradeNet aims to connect 66 agencies and 10 economic zones involved in approving import and export permits and other trading requirements, he said.

The original EO on the NSW covers only seven Cabinet-level departments and 13 government agencies. To interconnect 66 agencies operating under 17 different departments, Beltran said the steering committee also agreed to propose an executive order to the President expanding the coverage and membership of the NSW Task Force.

According to Beltran, TradeNet.gov.ph is being developed by the Department of Information and Communications Technology, while getting the agencies on board the system is being initiated by DOF through its Inter-Agency Business Process Interoperability (IABPI) project.

Dominguez said the grant is now also helping execute the IABPI program, which aims to streamline the process of issuing permits for imports and exports.

The IABPI is being implemented by the DOF’s Policy Development and Management Services Group, also headed by Beltran, in coordination with the government’s trade regulatory agencies.

Aside from simplifying import-export documentation processes, the program targets to develop policies that will “oversee, manage and harmonize transactions of all regulatory agencies” involved in these processes by establishing protocols to link their databases to each other.

Image courtesy of phanlop88 at FreeDigitalPhotos.net