P300M worth of imported rice confiscated in Bulacan warehouse raids 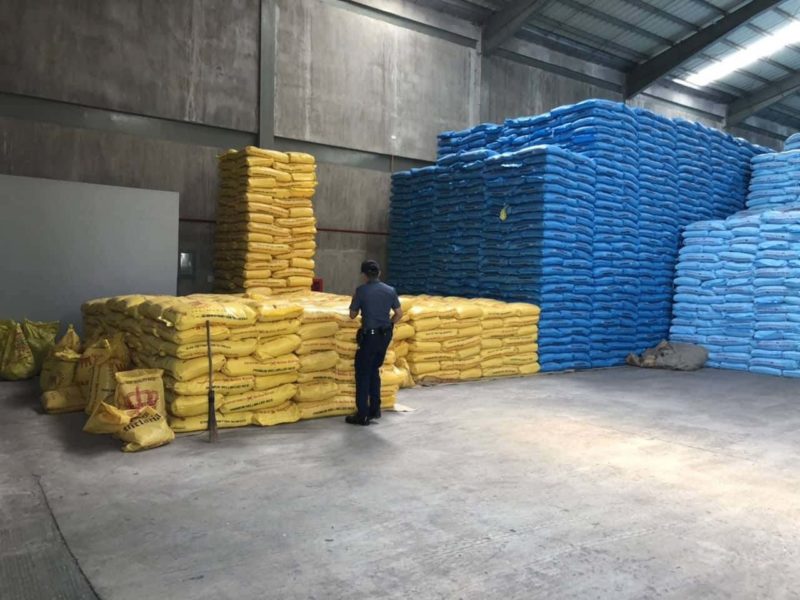 The Bureau of Customs (BOC) and Philippine National Police (PNP) seized about 125,000 sacks of imported rice with an estimated market value of P300 million in a raid on several warehouses in Bulacan.

Initial information showed that the thousands of sacks of rice were imported from Thailand, China, and India. Seven of the total of 11 warehouses inside the compound were being used to store the rice sacks, BOC said in a statement.

The bureau said it is waiting for the warehouse owners, the lessee, or the owner of the imported goods to present proof of payment of duties and taxes for the imported rice.

BOC said it is stepping up its operations to thwart rice smuggling given the price hike in the country’s staple grain. This is also pursuant to President Rodrigo Duterte’s pronouncement that the government will go after rice hoarders who contribute to the increasing cost of rice in the country.

Customs Commissioner Isidro Lapeña has already given strict directives to BOC’s intelligence and enforcement groups to go after suspected smugglers and hoarders of imported rice and other agricultural products.