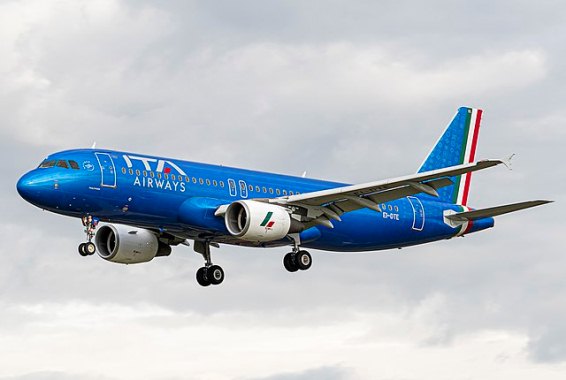 MSC in a statement said that its interest in ITA Airways derives from the possibility of activating synergies with Lufthansa in the passenger and cargo sectors.

MSC and Lufthansa, the flag carrier and largest airline of Germany, are asking for a 90-day period for exclusive talks and due diligence from the Italian government, which currently controls ITA Airways.

Lufthansa said it will use the 90-day period to “explore all possible options for cooperation, including a possible equity investment.”

ITA Airways in a release on January 24 on its website confirmed it “has received an Expression of Interest from the MSC Group and Lufthansa to acquire the majority of ITA Airways. The MSC Group has agreed with Lufthansa its participation in the partnership on terms to be defined during the Due Diligence.”

ITA Airways said the board of directors will examine the details of the offer in an upcoming meeting.

ITA Airways, or Italia Trasporto Aereo S.p.A., was created in late 2021 as the successor to the defunct Italian flag carrier Alitalia. ITA operates flights to more than 40 destinations, with around half being domestic routes. Most of the international routes are in the Mediterranean area.

MSC has recently been making a number of acquisition bids as it continues to rake in bucketfuls of profit from the historic spike in container freight rates.

In the first quarter of 2022, MSC is expected to close its first ocean carrier acquisition with the purchase of a 67% majority stake in Log-In Logistica, a Brazilian shipping and logistics firm.

In December 2021, MSC signed an agreement with the French group Bolloré to acquire Bolloré Africa Logistics, a logistics provider and terminal operator in Africa, on the basis of an enterprise value, net of minority interests, of EUR5.70 billion ($6.43 billion).

During container shipping’s greatest ever boom of the past year, other liner giants such as CMA CGM and Maersk have also invested in maritime and non-maritime acquisitions.

CMA CGM has purchased CEVA and established a freighter aircraft fleet. Maersk started its expansion into airfreight with chartered airplanes in late 2020 and now intends to acquire global freight forwarder Senator International, which is mainly focused on airfreight, in the first half of this year.

These activities by its competitors may have swayed MSC to show interest in ITA Airways, industry watchers said.