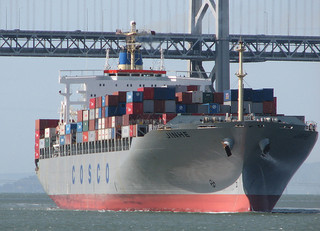 It will also impose a two-step GRI on all shipments in the Far East-South America West Coast and Mexico trade. The first set of increases are $600 per 20-foot container, and $1,200 per 40-foot box and per 40-foot high-cube unit, effective from January 1.

A second set of the same rate hikes will be implemented from January 15.

The southbound Far East and Indian Sub-Continent-Canada trade network is likewise to be affected by two rounds of cargo rate adjustments applied to all dry and reefer shipments.

On the Far East-Central America loop, shippers will have to pay higher rates starting January 1. The rate adjustments for the Far East and Indian Sub-Continent-Panama, Venezuela, Columbia, Costa Rica, and Cuba trade are $700 per TEU, and $1,000 per FEU and per 40-foot high-cube container.

The PSS of US$450 per TEU applies to all shipments from the Far East (excluding Japan), Indian Sub-Continent, and the Middle East to North Europe, the Mediterranean, and the Black Sea.