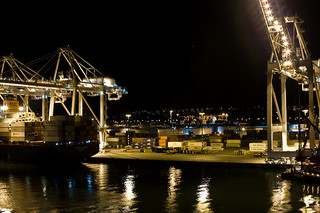 A number of ocean carriers have announced general rate increases (GRIs) for implementation next month.

The rate hike was originally intended for December 1, 2013 but has been postponed by a month.

Freight rates from Asia to West Africa and Angola are also slated to rise from January 10 by $150 per TEU and $300 per FEU.

And starting January 15, a rate hike of $200 per TEU will be applied to all cargo on MSC’s Capricorn service from Southeast Asia (Malaysia, Singapore, Indonesia, Thailand, and Vietnam) to any Australian port.

Meanwhile, CMA CGM said a peak season surcharge will be levied on shipments from all Asian ports to the Mediterranean trades effective January 6.

Hapag-Lloyd is following suit with its own freight rate adjustments. Rates on the East Asia (excluding Japan)-Arabian Gulf trade lane are set to rise by US$300 per TEU effective January 1.

Likewise scheduled for a GRI effective January 6 are the German box ship’s network services in the East Asia-North Europe/Mediterranean trade.

“Hapag-Lloyd will increase rates for all cargoes and all container types on the Far East westbound trade from East Asia (excluding Japan) by $500 per TEU,” an official company statement said.

Hapag-Lloyd is also ready to implement a GRI from East Asia to Mexico, West Coast of Central America, and West Coast of South America.

Rates on these routes will go up effective January 15 by $300 per TEU.