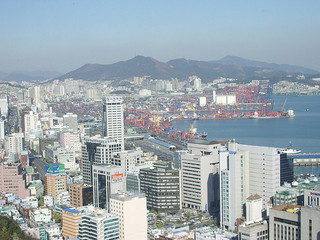 The latest global trade data collected through September 2013 reinforces the observation that economic mass is shifting to emerging economies, according to the International Transport Forum (ITF) at the Organisation for Economic Co-operation and Development.

Exports from the United States and the European Union have shown a strong increase while imports have declined markedly, “reflecting weak domestic demand and stronger performance of emerging economies,” the ITF said in a recent release.

Overall developments in global freight have shown no major improvement since the last ITF brief released in July this year, it added.

By transport sector, total external trade by sea continues to stagnate below pre-crisis levels in the United States and EU.

Total exports remain above pre-crisis levels for both the EU and the United States, while imports have declined further for both.

“This reinforces the observation of a rebalancing trade and transport flows, mainly driven by weak performance of the advanced economies,” the ITF said.

U.S. external trade by air has stagnated below pre-crisis levels. However, EU trade by air, considered as a lead indicator, has rebounded above the pre-crisis peak, indicating a potential improvement of the economic outlook.

Exports to BRICS (the emerging economies of Brazil, Russia, India, China, and South Africa), specifically to China and India, have been the locomotive of European and North American growth since the crisis of 2008.

However, trade shows signs of slowing down. External trade by sea from India to the EU and the United States has declined during the last two quarters, while trade by air is stagnating both in India and China.

In a related ITF report on global transport data, highlighted was the “marked difference in transport growth between emerging and advanced economies, with emerging economies continuing to outperform developed markets.”

ITF observed that due to continuous economic uncertainty, mainly in developed economies, transport growth slowed in 2011 while preliminary data for 2012 shows further weakening.

Maritime freight, measured in tonnes loaded, grew by 4 percent to 8.7 billion tonnes in 2011 according to UNCTAD preliminary data. This is 6 percent above the pre-crisis peak in 2008. In tonne-miles, sea cargo grew by 5 percent, reaching 42.8 billion tonne-miles.

“The movement of seaborne freight reflects the two-speed growth in the world economy, with developing countries faring better than developed economies. Nine out of the ten busiest container ports are all located in East and Southeast Asia,” the report said.

Airfreight transport rebounded in 2010 and grew 20 percent from the previous year to a new high of 172 billion freight tonne-kilometers. However, airfreight stagnated to zero growth in 2011, followed by a 1.5 percent decline in 2012.

The slowdown in world trade growth and shifts in the commodity mix favoring sea transport are among the factors contributing to the negative growth, said the ITF.