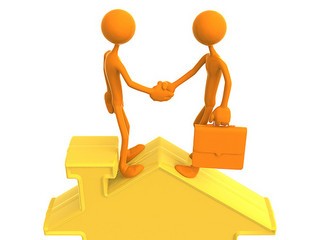 If Germany’s Hapag-Lloyd and Chile’s CSAV can find a way to surmount differences and join forces operationally, the resulting merger can only bring heaps of benefits to both parties, says Drewry Maritime Research.

The two carriers are said to be still discussing the form of joint operations they will take, which could include a straight takeover of CSAV by Hapag-Lloyd or the setting up of a jointly managed venture.

Collaboration between the two makes sense operationally because there is little service duplication, so both carriers would benefit from improved economies of scale and geographic scope, said Drewry.

CSAV is a moderately sized player in South America, while Hapag-Lloyd is a much smaller competitor in vessel capacity. If the companies combine their South American cargo volumes, they should be able to set a stronger agenda for jointly run services with other lines.

Were volumes to be combined, their bargaining position would increase considerably, and the extra vessels deployed would then enable them to set up more relay services between east-west and north-south services.

“In other words, Hapag-Lloyd’s mighty east-west schedules could be dovetailed into CSAV’s north-south services to set up a much improved global network,” Drewry observed.

Hapag-Lloyd has since been very positive about its desire for expansion, even going as far as to say recently that it wants to catch up with Maersk, MSC, and CMA CGM—a move that would first entail leapfrogging over Cosco and Evergreen.

CSAV seems to be equally desirous of a merger, with industry sources saying it was actually the one to approach Hapag-Lloyd this month for some sort of cooperation, “suggesting that CSAV could want the deal as much as Hapag-Lloyd, providing an acceptable price can be agreed,” Drewry said.

Despite shedding much business in recent years and returning to its core strength in South America, CSAV continues to hemorrhage money, so it needs greater economies of scale. Moreover, it still has six 9,300-TEU vessels due for delivery in 2015, which will be surplus to requirements without expansion.