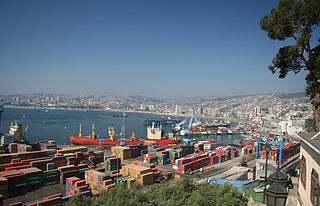 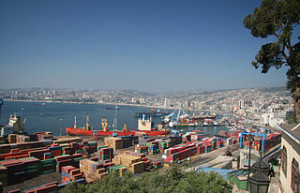 Three box liners have announced they will launch in July a joint Far East-West Coast of Central and South America service.

They said the new service will improve transit times and provide extensive port coverage between Asia and the West Coast of Latin America.

On the other hand, Orient Overseas Container Line (OOCL) said it will soon introduce a new service to broaden its intra-Asia portfolio.

Four vessels will be deployed in the CSS service, with the first sailing from Ningbo on April 5.

For its part, Wan Hai Lines said it will likewise kick-start, together with three other carriers, a new Asia-Middle East string called China-Middle East Service II (CMS2), the second loop of its Asia-Middle East service, to increase its service frequency and enhance port coverage in the area.

The first weekly sailing is scheduled for April 5 from Busan. The service rotation will cover Busan, Qingdao, Ningbo, Kaohsiung, Shekou, Singapore, Jebel Ali, Penang, Singapore, Kaohsiung, and back to Busan.

Newbuilds get their names

Taiwan’s Yang Ming has also been kept busy with the christening of its latest newbuild, the YM Excellence, a 4,662-TEU full-container vessel built by CSBC Corp. of Taiwan. The naming ceremony was held at CSBC Kaohsiung Shipyard on March 24.

YM Excellence is the fourth of five 4,662-TEU full-container vessels built for Yang Ming by the same shipyard. The new ship is 259 meters long and 37.3 meters wide. It has 400 reefer plugs and a draft of 12.8 meters. Described as an eco-friendly vessel, the newbuild incurs lower operational costs and consumes less energy.

YM Excellence is to be deployed in the CPX Service (China-Pakistan Express). Her ports of call are Shanghai, Ningbo, Shekou, Singapore, Karachi, Mundra, Port Klang, Singapore, Hong Kong, and Shanghai.

Similarly, Hamburg Sud christened recently its third container vessel in the new “San” class. The official naming ceremony of the San Vicente was held at the Cuenca del Plata terminal in Montevideo, Uruguay. The new ship class in the company’s fleet has a nominal container slot capacity of 9,034 TEUs and 1,370 reefer slots for refrigerated containers.

The San Vicente was built at the Korean yard Hyundai Heavy Industries in Ulsan. Following her delivery in early November of last year, she was phased into Hamburg Sud’s liner service between Asia, South Africa, and South America East Coast. This service is also operated by her sister ships San Clemente and San Christobal.

The San Vicente is the second ship Hamburg Sud has christened in Montevideo, coming after that of the 5,900-TEU Rio Madeira five years ago.