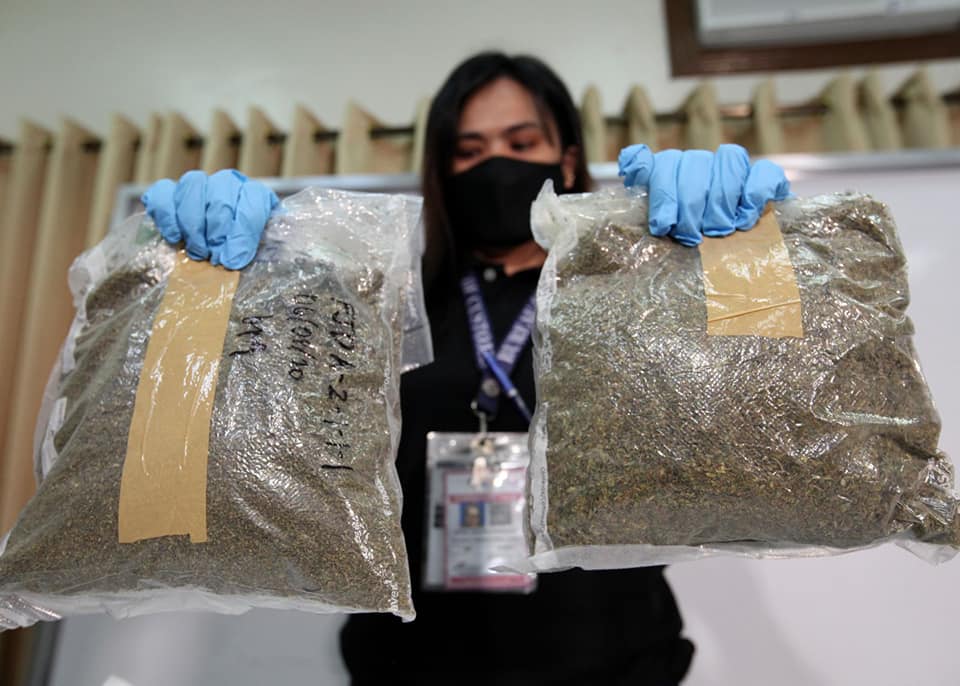 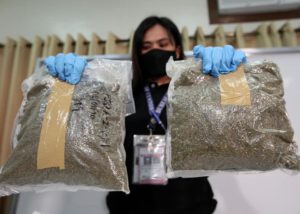 The Bureau of Customs (BOC) Port of Clark has seized 966 grams of marijuana with an estimated value of P1.1 million discovered in a shipment from California in the US.

The shipment, declared as “art-work fine” and arrived on June 9, 2020, was subjected to strict profiling of documents and x-ray examination. A physical examination then revealed two vacuum-sealed clear plastic packs of suspected fine kush weeds. K9 inspection indicated the presence of illegal drugs; the packs were subjected to chemical analysis by the Philippine Drug Enforcement Agency (PDEA), which confirmed BOC-Clark’s findings.

BOC-Clark turned over the illegal drugs to PDEA Region III on June 18 along with two other shipments: one containing a bottle of CBD (Cannabidiol) oil, and another with six tobacco rolling papers that also tested positive for the presence of marijuana.

Warrants of Seizure and Detention were issued by BOC-Clark district collector Atty Ruby Alameda against the shipments for violation of relevant sections of Republic Act No. 10863, or the Customs Modernization and Tariff Act, in relation to RA 9165, or the Comprehensive Dangerous Drugs Act of 2002.

Last March 30, BOC-Clark also seized P13.2 million worth of marijuana, bringing the total haul to 12.535 kilograms of illegal substances seized by the port in 2020.