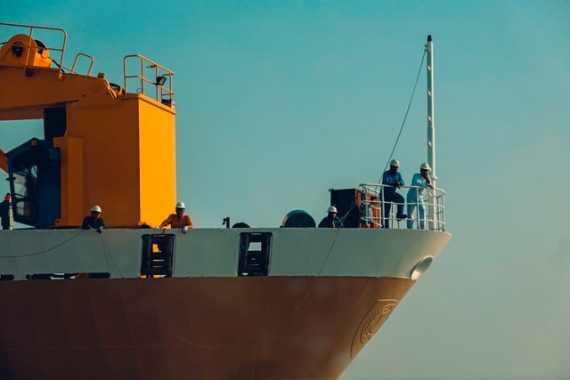 Transport workers and the global supply chain are being put at greater risk of collapse by world leaders’ knee-jerk reactions to the Omicron variant, warn four international transport organizations and unions.

Cross-border transport workers, including seafarers, air crew and drivers, must be able to continue to do their jobs and to cross borders without overly restrictive travel rules to keep already ailing supply chains moving, the groups representing road, air and sea transport said in a joint release.

The International Air Transport Association (IATA), International Chamber of Shipping (ICS), International Road Transport Union (IRU), and International Transport Workers’ Federation (ITF) have jointly called for governments to not reimpose border restrictions that further limit the freedom of movement of international transport workers and to learn from the lessons of the last two years.

One week since the World Health Organization (WHO) designated the new Omicron strain of COVID-19 as a “variant of concern,” at least 56 countries have reimposed varying degrees of travel restrictions, they said.

The transport bodies, which represent more than US$20 trillion of world trade annually and 65 million global transport workers across the supply chain, called for “an end to the rushed and fragmented approach to travel rules by governments.”

“Now is the time for heads of state to listen to industry leaders and workers by taking decisive and coordinated action together to ease strain on the supply chain, and support an exhausted global transport workforce during the busy holiday season,” the joint statement said.

Guy Platten, ICS secretary general, said: “This feels like groundhog day for our transport sectors. There is a real and legitimate fear that unless coordinated action is taken by world leaders we will see a return to the peak of the crew change crisis in 2020 where more than 400,000 seafarers were impacted by unnecessarily harsh travel restrictions.”

Willie Walsh, director general, IATA said: “After nearly two years of dealing with COVID-19, we should have progressed beyond these knee-jerk, uncoordinated, Pavlovian-like responses. Public health officials tell us that we should expect variants to emerge. And by the time they are detected, experience shows that they are already present around the globe. Border restrictions that block air crew from doing their jobs will do nothing to prevent this while inflicting serious harm to still-recovering global supply chains and local economies.”

Stephen Cotton, general secretary, ITF, said: “The same governments that have blocked global vaccine access are now the first to lock down their borders to keep the Omicron variant out. Instead of pursuing a global solution to this pandemic, their decisions further risk supply chain collapse. It’s not only morally reprehensible, it’s economic self-destruction. We need universal access to vaccines now. It’s imperative for all of us to tell governments to stop bowing down to big pharma and pave the way so that every country can produce the vaccines needed to end this pandemic.”

Umberto de Pretto, secretary general, IRU, said, “Once again, COVID history is repeating itself with governments unilaterally changing hundreds of rules affecting cross border transport workers within a matter of hours. Truck drivers are again caught in the middle and paying a heavy price in simply doing their job to keep global supply chains functioning. They, and all of us who rely on their service, deserve much better.”