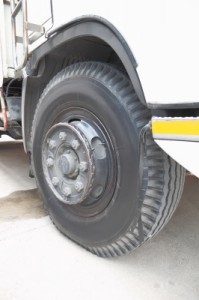 A TOTAL daytime truck ban lasting 16 hours that is due to take effect from this Friday to Dec. 20 is bad for most businesses this time of year.

This was the contention of the Supply Chain Management Association of the Philippines (SCMAP) as it voiced its strong objection to the ban, announced by the Metro Manila Development Authority (MMDA) late last Friday.

Truckers, meanwhile, appear to be split on the issue, with the nationwide group of truck operators supporting the restriction as long as it exempts roads leading to the North Luzon and South Luzon expressways. Another group serving the North Harbor opposes the ban.

The extended ban, to be enforced from 6 am to 10 pm, aims to ease traffic congestion in the metropolis during the holiday shopping season, MMDA chairman Francis Tolentino said.

In a letter to the MMDA chief obtained by PortCalls, SCMAP said the ban effectively cuts goods delivery time to 8 hours from 15 hours.

“The SCMAP is one with the intents and aspirations of the MMDA to alleviate the traffic situation especially during the Christmas Season in the metro. However, we strongly object to the proposed total daytime truck ban,” SCMAP president Arnel Gamboa said.

Gamboa urged the MMDA to listen to all sides before implementing the ban.

The SCMAP opposed the daytime truck ban based on the following arguments:

1. Additional volume of goods to be transported during the Christmas season will be affected and may not be realized if the delivered window times are shortened.

2. The current delivery window time of 15 hours will become 8 hours, therefore delivery of goods and materials for the Christmas peak season will slow down. For most businesses, this will have a big impact on the operations due to the 47% reduction in the delivery window.

4. There is increased risk of hijacking, pilferage and other crimes as the proposed window time of deliveries is during night time.

5. The total supply chain cost for various goods will escalate because of additional costs of doing business for manufacturers, distributors, retailers and other business establishments due to nighttime operations, security costs and other needed resources.

Confederation of Truckers Association of the Philippines president Ruperto Bayocot told PortCalls he agreed with the ban as long as the MMDA exempted roads to and from the North Luzon and South Luzon expressways.

He noted that the impending measure is a far cry from the original MMDA proposal for a total daytime truck ban all over Metro Manila.

On the other hand, Integrated North Harbour Trucking Association president Teodorico Gervacio told PortCalls his group does not approve of the measure.

“We had a meeting with MMDA last week and they discussed it, but no commitment on our part. What we told them was that we have to discuss it with the group,” Gervacio said.