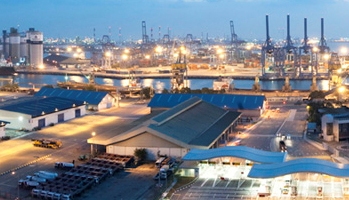 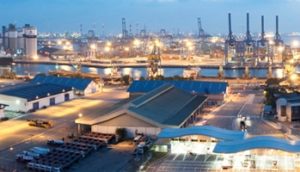 Both Singapore and Hong Kong, whose economies are heavily dependent on external trade, continue to be affected by the global economic inertia.

Singapore’s non-oil exports (NOX)—comprised of both non-oil domestic exports (NODX) and non-oil re-exports (NORX)—fell year-on-year in the first quarter, as the government announced a downward revision of its exports outlook for this year against the backdrop of global economic inertia.

The republic posted a first-quarter 2016 decline in NOX of 6.6% year-on-year compared to the preceding quarter’s 0.3% rise, according to a written statement by International Enterprise (IE) Singapore. On a quarter-on-quarter basis, NOX declined by 5.4% in the first quarter, in contrast to the expansion of 1.1% in the previous quarter.

NODX decreased by 9.0% in 1Q 2016 year-on-year, following the previous quarter’s 3.5% decline, on lower shipments of both electronic and non-electronic products. On a quarter-on-quarter basis, NODX declined by 4.9%, following the 2.8% decrease in 4Q 2015.

While NODX to Hong Kong and Japan expanded year-on-year, those to all the rest of the top markets decreased in the first quarter. The biggest export shrinkages were those to China, Taiwan, and the EU 28.

Year-on-year, NORX contracted by 5.0% in the first quarter of this year, in contrast to the 2.8% increase in the previous quarter, the decrease attributable to lower shipments of both electronic and non-electronic re-exports.

Compared quarter-on-quarter, NORX decreased by 5.7%, a reversal from the previous quarter’s rise of 3.9%, on the contraction of both electronic and non-electronic re-shipments.

While NORX to South Korea and the EU 28 expanded year-on-year, NORX to the rest of the top markets, in particular China, Vietnam, and Hong Kong, dropped.

Quarter-on-quarter, total merchandise trade contracted by 7.0% in 1Q 2016, following the previous quarter’s decline of 2.7%. Oil and non-oil trade decreased by 23.5% and 3.7%, respectively, in the period under review.

IE Singapore, in reducing the export forecast for 2016, pointed to the weakening of the global economic outlook since early this year. “Growth momentum in the US economy has slowed in recent months, while the Chinese economy is projected to ease further in 2016. Moreover, persistently low oil prices are expected to continue to dampen oil trade in nominal terms,” it said.

Total goods exports value decreased to HKD285.3 billion (US$36.7 billion) from a year earlier, after a year-on-year decrease of 7% in March.

The department said merchandise exports recorded a narrower year-on-year rate of decline in April, with the EU and some Asian markets showing more discernible improvements.

It said Hong Kong’s export performance will hinge on whether the advanced economies will continue to improve and provide impetus to trade flows in Asia.