Sevilla: No one pressured me to resign 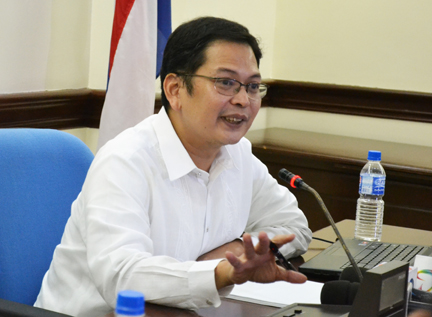 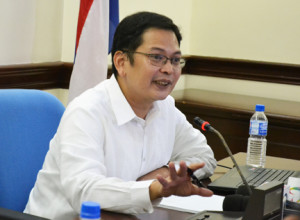 Former customs commissioner John Phillip Sevilla said he was not fired, neither was he pressured to resign, or asked by any person or political party to use the Bureau of Customs (BOC) to raise funds.

In an emailed statement to media on April 27, Sevilla said he was “deeply saddened by the emergence of a number of erroneous and misleading reports in various news media regarding my resignation from the Bureau of Customs.”

He said, “No one—not Executive Secretary Paquito Ochoa, not (Finance) Secretary (Cesar) Purisima, nor anyone else—pressured me at any point to resign from the Bureau of Customs,” Sevilla said. On the contrary, Ochoa and Purisima “urged me to remain at the Bureau,” he added.

Sevilla also clarified the issue involving Atty. Teddy Raval, who is head of the BOC’s Intellectual Property Rights Division. He pointed out that at various points from late 2013 and through 2014, he had “discussions about Atty. Teddy Raval and his potential reassignment or appointment to various positions in Customs, with Executive Secretary Paquito Ochoa, Deputy Executive Secretary Teofilo Pilando, Jr., Secretary Cesar Purisima, and DOF (Department of Finance) Undersecretary Carlo Carag.

“I was initially told that the Iglesia ni Cristo was pushing for his reassignment to the Intelligence Division,” the former BOC chief said.

Sevilla called for a press conference on April 23 to announce his resignation, citing political pressure to appoint certain officials as his reason for wanting to leave the service. He mentioned pressure on him—although received second-hand and never confirmed—by the religious group Iglesia ni Cristo to appoint Raval as director of the Enforcement and Security Service (ESS), which oversees the customs police. Raval has been with BOC since 2007.

Sevilla clarified that he did not reassign Raval to the Intelligence Division or any other area within BOC, and that Ochoa, Pilando, Purisima, and Carag “fully respected this.”

Sevilla noted that no one, at any point, lobbied for him to appoint Raval as director of ESS.

He reiterated his statement made during his April 23 press conference that he resigned as he “disagreed with the prospective appointment of Atty. Raval as Director of the Enforcement and Security Service and believed that it would be better for Customs to be led by someone who could better navigate a more political environment than me, while continuing structural reforms.”

Sevilla earlier said politics should be divorced from the work of BOC.

“It is my hope that all Customs stakeholders will work together with Commissioner Alberto Lina toward our common goal of a Bureau of Customs that is efficient, effective, and free of corruption and politics,” Sevilla said.

“Toward this end, Commissioner Lina and Secretary Purisima will have my support and any help they may need from me,” he added.

Sevilla was appointed to the BOC post in December 2013 as part of a reform team tasked to overhaul what is generally considered as the country’s most corrupt agency. Since then, he has issued numerous reforms affecting both administrative and operational processes in the BOC. – Roumina Pablo