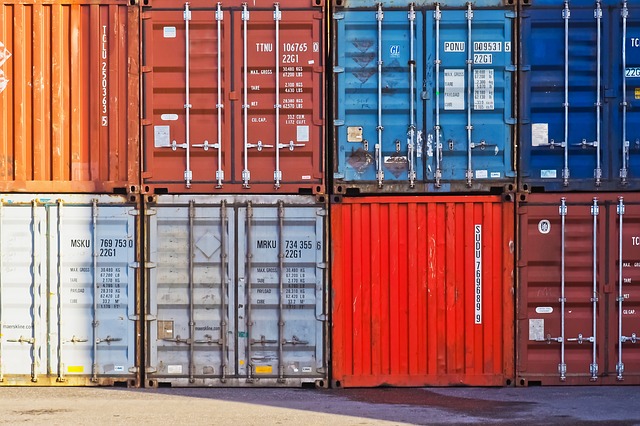 The Philippine Ports Authority (PPA) is seeking to introduce an electronic container tagging and tracking system (CTTS) for all imports that could address long-running logistics issues, including the controversial container deposit.

Container deposit is a bone of contention between shippers and shipping lines, with the former accusing the latter of deliberately delaying return of deposits, an amount the importer is made to pay as guarantee for return of the container after goods in it have been discharged. Some shippers claim unreturned deposits held by some shipping lines run in the millions.

Under the proposed CTTS, a container insurance fee may be required in lieu of container deposits.

The proposal for a CTTS follows the issuance of PPA Special Order No. 216-2021 on May 26 that created an electronic container registry and monitoring committee which, in turn, proposed guidelines for electronic tagging of imported containers.

The system aims to monitor the journey of containers — from port discharge to their return to an empty depot then back to the port for re-export.

In a June 15 virtual public hearing, PPA assistant general manager for finance and administration Elmer Nonnatus Cadano said the idea of a monitoring system came up in discussions on logistics concerns and the role of ports in the country’s security between PPA, the Department of Trade and Industry, Bureau of Customs (BOC) and the private sector.

SPO was created last year as part of temporary measures to protect the public during a state of national calamity from “exorbitant and unreasonable shipping fees” that have resulted in high consumer prices. POSD is the SPO secretariat.

The CTTS aims to streamline procedures related to the entry, scheduling, loading, unloading, release, and movement of all foreign-owned containers entering and leaving ports under the jurisdiction of PPA.

It will “establish an explicit and non-repudiable record of accountabilities to enable PPA to monitor the movement of foreign-owned shipping containers from the time of entry, discharge, return, storage, and re-export.”

Moreover, it seeks “to promote competitiveness and provide cost saving mechanisms that mutually benefit importers and foreign carriers by offering container insurance from authorized insurance providers as an available option in addition to the current container deposit and container maintenance fees.”

Delos Santos said while there is still no amount proposed for the container insurance fee, this should be lower than the container deposit stakeholders provide to shipping lines.

The proposed CTTS guidelines also considered BOC’s policy, in particular, Customs Administrative Order (CAO) No. 08-2019, which provides guidelines on the admission, movement, and re-exportation of containers at seaports.

Under CAO 08-2019, containers arriving in the country, whether loaded or empty, should be re-exported within 90 days from the date of discharge of the last package; otherwise, they will be considered as importation requiring payment of duties and taxes.

Further, the CTTS is seen to implement the country’s commitment to the United Nations Office on Drugs Crime Container Control Programs, which requires implementation of a container identification, accountability and protection program.

Under CTTS, PPA will develop and procure technology infrastructure and tracking devices or equipment solutions needed to implement the proposed system.

PPA will implement the system for collection of insurance fee and provide an online facility where the transacting public, customs brokers and importers can avail of the container insurance coverage from authorized insurance providers.

The CTTS will cover all containers entering and exiting port terminals. For ports handled by authorized cargo-handling operators (CHO) with existing or similar container tagging and tracking systems, the systems will be interfaced with PPA’s CTTS for uniform implementation.

For ports handled by CHOs without existing CTTS, PPA will provide the system subject to a one-time investment cost to be determined prior to implementation.

For ports purely managed by PPA, the CTTS will be implemented after further study on its investment returns vis-à-vis port income.

For containers tagged as foreign, CAO 08-2019 will be followed subject to gap analysis for proper implementation of the CTTS.

On the service fee, PPA Information & Communication Technology Department acting manager Gervacio Alfredo Balatbat said this is subject to further study as the system will have to be harmonized with existing systems of terminal and cargo-handling operators.

Asked who will pay for the service, Delos Santos said the cost initially “will be shared by the shippers because that would be for their benefit” as the intention is insurance fee will replace container deposits. PPA will, however, also “share the burden of maintaining and acquiring the system.”

BOC is implementing the Electronic Tracking of Containerized Cargoes (E-TRACC) system to track and monitor the inland movement of cargoes bound for or in transit to other customs facilities, container yard/container freight stations, Freeport zones, and economic zones.

PPA’s Delos Santos said the agency does not intend to duplicate existing systems but rather interface CTTS with them, adding CTTS will serve a different purpose from BOC’s E-TRACC.

Association of International Shipping Lines (AISL) general manager Atty. Maximino Cruz pointed out the PPA system may be in conflict with one of BOC’s mandates, which is to monitor movement and dwell time of import containers as decreed by the Customs Modernization and Tariff Act (CMTA) and implemented through CAO 08-2019.

Cruz added that operations of container yards/depots are also now spelled out under the CMTA.

PPA’s Delos Santos countered that BOC’s mandate is to collect duties and taxes while PPA’s is to regulate movement of containers within the port. She explained that when a container enters the port, it falls under the jurisdiction of PPA as mandated by Presidential Decree 857.

On the matter of the insurance fee, Cruz noted this only amounts to P40 per container and collected to cover any loss of container, an equipment owned by the shipping line.

Asked if AISL members are in favor of the CTTS “sans the insurance requirement,” Cruz said the association needs to see the full text of the proposed system and will submit a position paper. – Roumina Pablo