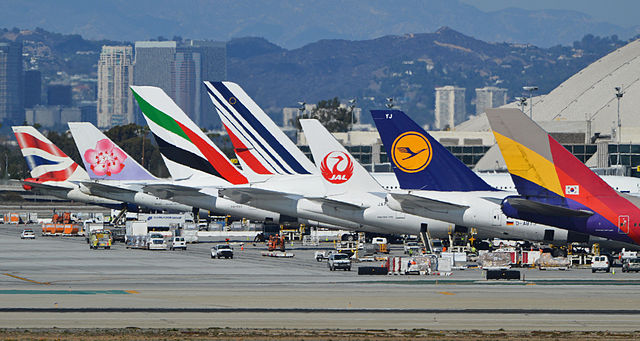 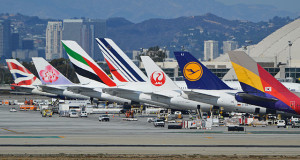 Air cargo grew in volume in February year-on-year, but interestingly the bulk came from the Asia-Pacific bound for the U.S., as WorldACD speculated that the West Coast congestion had a hand in the robust performance of the loop.

February volumes rose 8% year-over-year, a solid growth for the month and a continuation of the trend of the past one-and-half years. The acceleration was almost exclusively driven from origins in Asia-Pacific, said WorldACD in its latest air cargo performance report. The region chalked up a year-on-year improvement of 28% in volume and 3% in yield. Compared to January, yields from Asia-Pacific increased by almost 7%.

As regards destinations, North America continued the pattern established in 2014, when it “absorbed” almost half of the total growth in worldwide air cargo revenues. In February 2015, the destination USA performed best, with a revenue increase of 32% year-on year.

However, U.S. dollar yields including charges dropped considerably from February last year, the same pattern as in January, although less pronounced with a contraction of 6.8%. But for the first time in three years, the worldwide yield was higher in February than in January, growing 1.6%.

Air cargo data aggregator WorldACD also noted, using statistics for the first two months of the year, the significant effect the port problems in America have on air cargo.

The February performance was “very heavily influenced by the phenomenal growth from Asia Pacific to North America,” improving by 90% in volume and 13% in yield year-on-year.

The origin Japan, which returned dismal figures for quite a while, saw a reversal of fortunes with an impressive trans-Pacific performance that saw volume more than double year-on-year, and revenues grow even more, in the wake of an astounding 44% yield improvement.

“As the month of January was very good as well, one may say that Japan has made an impressive start to the year, helped partly by the need for quickly shipping air bags to the United States. And one may also conclude that the port problems continue to play nicely into the hands of the airlines.”

The Chinese New Year (CNY) fell on February 19 this year, and WorldACD said it found the days preceding CNY to be particularly slow for local carriers in Hong Kong and China, but this did not lead to an overall market suffering.

This, it added, indicated that February was a good air cargo month, but almost entirely as a consequence of the performance of Asia-Pacific.

“Whilst the area did well in all directions (also intra-region), volumes from all other areas except Africa decreased,” it continued. “Without the engine of world trade humming along rather nicely, the monthly growth would have been rather sheepish, actually.”

On the other hand, Singapore Changi Airport saw a 7.3% increase in airfreight movements to 136,000 tonnes of cargo processed during February compared to the same month in 2014.

Its passenger traffic grew 0.3% in the same period year-on-year, with 4.12 million passengers passing through the airport, while aircraft movements decreased by 1% to 26,490.