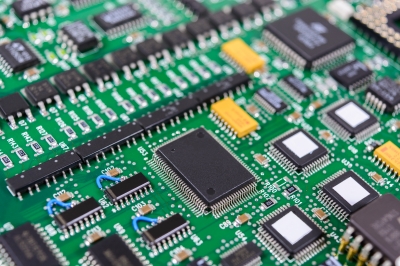 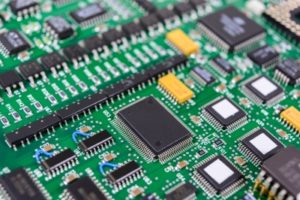 The PMI grew to 54.8 last month from October’s 53.7, global research firm IHS Markit said on Friday. The latest figure is, however, lower compared with the 56.3 posted a year earlier.

The PMI is a composite index representing the weighted average of five sub-components: new orders, output, employment, suppliers’ delivery time and stocks. Readings above 50 signal an expansion while readings below 50 signal a contraction.

The positive performance of the Philippine manufacturing sector in the first nine months of the year have prompted the Department of Trade and Industry (DTI) and Board of Investments (BOI) to set a minimum growth target of 25% share to gross domestic product (GDP) this year, confident the sector will continue to outperform its Southeast Asian counterparts.

The economic growth was one of the fastest in the region, outpacing other Asian countries such as China (6.8%), Malaysia (5.8%), and Singapore (4.6%).

The services sector accounted for the highest share to GDP at 58.9%, followed by the industry sector (33.3%), and agriculture sector (7.5%). Manufacturing accounted for 69% of the total output of industry.

Trade secretary and BOI chairman Ramon Lopez in a statement said the agency is closing in on a minimum growth target for the manufacturing industry of 25% share to the country’s GDP given these figures.

“The Department remains relentless in its efforts to revive factories, expand production, generate employment, and enable the industry to provide the catalyst that will build the seamless link between a productive agriculture and a strong services sector,” Lopez said.

“With innovation at the front and center of the country’s strategic policies and programs, industries would be in a better position to face competition in both domestic and export markets. With accompanying measures to improve capacity to penetrate export markets, industries could take advantage of increasing returns to scale and market access opportunities, especially those arising from free trade agreements and increasing regional integration in the ASEAN Economic Community. Innovation is crucial in addressing the challenges from automation, robotics, artificial intelligence and other new technologies,” Lopez explained.

“With the swift approval of the 2017 Investments Priorities Plan (IPP) which was designed to spread the benefits of the country’s fast economic growth to the countryside with emphasis on a broader segment of the manufacturing sector, innovation-driven, and job-generating businesses, we see a robust growth of manufacturing investment projects this year,” Rodolfo said.

The manufacturing sector generated a total of P49 billion in investments in 2016 or 11% of total investments last year. In the first four months of 2017, the sector recorded a 158% growth with investment projects amounting to P15.425 billion, up from only P5.96 billion recorded in the same period last year. Investments in the sector are expected to generate at least 3,038 in new jobs once these business projects begin operations.

“The revival of the manufacturing sector is key to inclusive economic growth because it will generate much-needed employment and help the country tap regional production networks,” Rodolfo said.

Image courtesy of cp2studio at FreeDigitalPhotos.net

The Manila International Airport Authority (MIAA) has denied GMR-Megawide’s motion to overturn the revocation of its original proponent status (OPS) in the Ninoy...
Read more