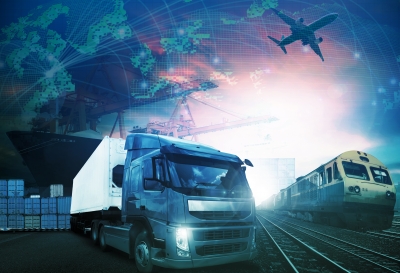 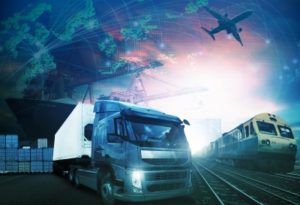 Philippine exporters should take advantage of the country’s various trade agreements to enter into potential and untapped markets, according to the country’s trade chief.

Speaking at a recent forum, Department of Trade and Industry (DTI) Secretary Ramon Lopez said the Philippines, as a member of the Association of Southeast Asian Nations (ASEAN), should use free trade agreements (FTAs)—like those between ASEAN and partners China, Japan, South Korea, India, Australia, and New Zealand—to expand its export market base.

The Philippines also has a bilateral agreement with Japan, and recently signed an FTA with the European Free Trade Association (EFTA). The EFTA, composed of Iceland, Liechtenstein, Norway, and Switzerland, is still undergoing ratification.

The country is also a beneficiary of the Generalized System of Preferences (GSP), which are tariff-related privileges granted by advanced nations to help developing economies.

“All these mechanisms provide market access for Philippine goods and services and entitle us to zero tariffs on most products,” Lopez said, adding that among the signed FTAs, the ASEAN-China FTA (ACFTA), in effect since 2004, has the biggest consumer market in terms of size, consisting of 1.93 billion consumers.

Aside from encouraging exporters to use FTAs to their advantage, the trade chief emphasized the importance of continued market-relevant differentiation, a unique selling proposition, and inclusive innovation, anchored on the country’s areas of strength, to fortify the country’s mark in the global market.

Observing that the country’s top three export markets in 2015 were Japan, China and the U.S., which together comprised 47% of total Philippine exports, Lopez stressed the need to diversify export markets. Also in the top 10 were Hong Kong, Singapore, Germany, South Korea, Thailand, Taiwan, and the Netherlands.

Lopez said that the Philippine Export Development Plan (2015-2017 addresses such need to diversify and expand export markets, which has become even more imperative today considering the challenges posed by the ASEAN integration.

“The government is committed to provide a better macro environment,” he said.

In the same meeting, the trade chief said that following President Rodrigo Duterte’s recent visit to China, the export potential of the mainland is expected to increase from US$17 billion to $60 billion in five years. The Philippines also managed to close a $100-million fruit export contract to China.

Lopez revealed that the Chinese government has already lifted its ban on 20 banana and seven mango exporters from the Philippines. In 2015, the country exported 448,000 metric tons of bananas to China valued at $157.5 million.

China is also looking to increase imports from the Philippines, particularly of high-value commercial crops such as mango, coconut, and dragon fruit, as well as high-end fishery products, including lapu-lapu, crabs, shrimps, prawns, and tuna.

Furthermore, Filipino exporters can benefit from Russia’s GSP which covers about 2,800 goods, including meat, fish, fruits and vegetables, coffee, cocoa, rice, coconut oil, and processed foods, according to Lopez.

During the most recent bilateral discussions between Duterte and Russian President Vladimir Putin, Russia committed to buy up to $2.5 billion worth of Philippine fruits, grains, and vegetables in the next 12 months.

At the same time, the Philippines is a beneficiary country of the GSP programs of Australia, Belarus, Canada, European Union, Japan, Kazakhstan, New Zealand, Norway, Switzerland, Turkey, and the U.S.

In December 2014, the EU included the Philippines in its GSP+ scheme, which grants zero tariffs on 6,274 products, while in 2015, the U.S. reinstated its GSP, eliminating duties on about 5,000 Philippine products.

Pullout of containers from the Cebu International Container Port for transfer to domestic baseports and container yards within the port zone may be...
Read more