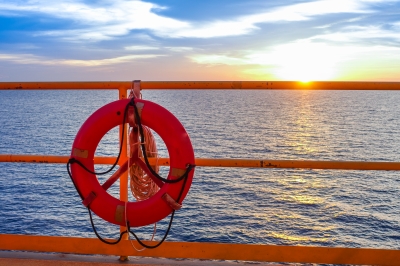 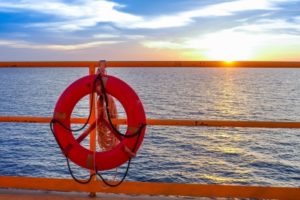 The Department of Transportation (DOTr) has directed the Philippine Coast Guard (PCG) to increase its presence and conduct more patrols in the waters off Zamboanga Peninsula and Basilan following reports from domestic shipping lines of increased piracy and hijacking incidents in these areas.

In a response letter to the Philippine Inter-island Shipping Association (PISA), DOTr Maritime Undersecretary Felipe Judan said the transport department has taken note of the serious concerns raised by the association “on the problems of piracy and hijacking at sea and its impact on shipping particularly on vessels navigating southern Philippines.”

Last January 12, PISA sent a letter to DOTr asking Transportation Secretary Arthur Tugade, through Judan, for “intercession to request the Philippine Navy to participate in patrolling the subject areas to augment the patrols being conducted by the PCG thereat” amid the recent spate of piracy and hijacking cases in these areas.

Despite the assurance, PISA members remained concerned that PCG “may not sustain its commitment due to its logistical limitations in terms of naval assets” and thus asked the DOTr to intervene and request the Philippine Navy to participate in the patrols of the PCG.

Judan, in response to PISA’s letter, said DOTr has “urgently engaged the PCG by directing said agency to implement proactive measures thru increased and sustained maritime patrols/presence in subject areas.”

He said that in a meeting with PCG on January 17, Tugade extended his full support to the actions being taken by the Coast Guard, “and aside from increasing maritime patrols, the Secretary has approved-in-principle several proposed circulars that would enhance maritime security in southern Philippines such as Safety, Security and Environment Numbering (SSEN) System, the establishment of a Transit Corridor (TC) at Moro Gulf and Basilan Strait, and the implementing circulars on Maritime Security Communications Protocol.”

Judan said PCG projects, such as acquisition of high-speed patrol craft and other equipment that can respond to or prevent incidents like piracy and hijacking at sea will be prioritized.

“We would like to take this opportunity to solicit your association’s full support on the actions being taken by the PCG for the immediate approval and implementation of the proposed circulars which are primarily aimed at preventing similar incidents,” the transport official said.

Judan said DOTr will closely monitor developments and sustain its efforts, in coordination with PCG and relevant stakeholders, to implement measures that promote the safety and security of the maritime community.

Meanwhile, shipping companies and operators are directed to be extra careful when crossing the Sulu, Sabah, Sulawesi, and Celebes seas due to recent incidents of piracy and growing militancy in the bodies of water surrounding Zamboanga Peninsula and Basilan.

In Advisory No. 2017-04 dated January 24, Maritime Industry Authority (Marina) said the Office for Transportation Security has issued Transportation Security Alert Advisory No. 2017, dated January 9, which orders reinforcing guidance and highlights the recent reported acts of piracy and growing militancy in the tri-border area of Sulu Archipelago, Sabah, and Sulawesi, including the waters of Celebes Sea.

As such, Marina said all shipping companies, ship owners, and operators of Philippine-registered ships are directed to warn to their masters to exercise extreme caution and take precautionary measures while navigating these areas.

All shipping companies are likewise enjoined to report any suspicious sightings within the area to the maritime law enforcement agency.

The newly released International Maritime Bureau’s (IMB) annual piracy report for 2016 also advises charterers and owners to consider avoiding the Sulu Sea by routing vessels west of Kalimantan. IMB said kidnappings in the Sulu Sea between eastern Malaysia and the Philippines are a particular concern.

Sulu Sea is located in southwestern Philippines, separated from the South China Sea in the northwest by Palawan and from the Celebes Sea in the southeast by Sulu Archipelago.

The report said the kidnapping of crews of merchant vessels in the Sulu Sea and their transfer to the southern Philippines represents a notable escalation in attacks. In the last quarter of 2016, about 12 crew members were kidnapped from two cargo vessels at sea and from an anchored fishing vessel, and in November a bulk carrier was fired upon by pirates. Earlier in 2016, crew members were kidnapped in three separate attacks on vulnerable slow-moving tugs and barges. – Roumina Pablo

Image courtesy of theerapong82 at FreeDigitalPhotos.net