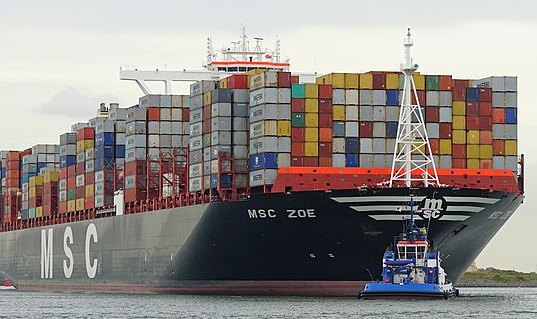 Some 52 years after it was founded in 1970, MSC, the long-term number two, on January 5, 2022 overtook Maersk Group as the world’s biggest container line, Alphaliner said n a release.

In the first days of 2022, MSC narrowed Maersk’s capacity lead by taking delivery of further ships that it had already acquired second-hand last year.

MSC officially ended Maersk’s decades-long reign when the 4,992-TEU Mexico was formally handed over to MSC on January 5 while at a Singapore anchorage. The 2020-built ship, until recently under charter by Maersk but bought by MSC for US$50.5 million in June 2021, left Singapore on January 6 under the new name MSC Mexico.

For some weeks, the capacity gap between MSC and Maersk Group is expected to remain tight, so that daily fleet fluctuations from charter on-hires and off-hires could—theoretically—see the Maersk group move ahead again for short periods of time, Alphaliner said.

MSC is, however, expected to become number one permanently in the first half of 2022, when numerous large newbuilt container ships are scheduled to be delivered to the carrier.

MSC successfully emerged on top not through mergers and acquisitions but organically by taking delivery of large newbuilds in recent years as well as by acquiring 128 secondhand ships since 2020, an unprecedented number in shipping history, Alphaliner said.

In the first quarter of 2022, MSC is expected to close its first carrier acquisition and buy a 67% majority stake in Log-In Logistica, a Brazilian shipping and logistics firm. This will add a further capacity of 15,000 TEUs to its fleet, Alphaliner said.

In December 2021, MSC signed an agreement with the French group Bolloré to acquire Bolloré Africa Logistics, a logistics provider and terminal operator in Africa, on the basis of an enterprise value, net of minority interests, of EUR5.70 billion ($6.43 billion).

With an updated confirmed vessel order book of 1.090 million TEUs, the largest among all carriers, MSC is expected to further consolidate its position as the world’s largest container line over the course of 2022.

But rather than protect its lead, Maersk has focused on investing windfall profits from the pandemic-fueled boom in ocean shipping rates in land-based transportation and warehouse expansions.