Move It is Hanjin Shipping sales and marketing arm 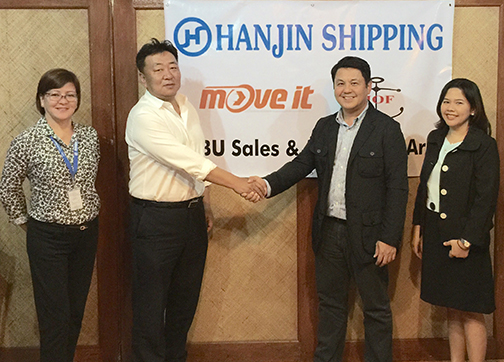 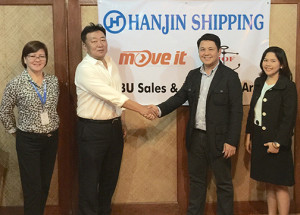 Move It Multimodal Transport and Logistics Inc. has been appointed Hanjin Shipping sales and marketing arm effective January 1, 2015. MOF Company, Hanjin Shipping’s local agent, said it appointed Move It Multimodal Transport as its exclusive sales and marketing arm for the Visayas. For Luzon and Mindanao, Move It will supplement Hanjin’s sales and marketing efforts on a non-exclusive basis. Joo Young Lee, MOF executive vice president (second from left), and Erich Lingad, Move It president (second from right), seal the deal. With them are Evangeline Lee, MOF general manager (leftmost) and Nanette Gregorio, Move It general manager.