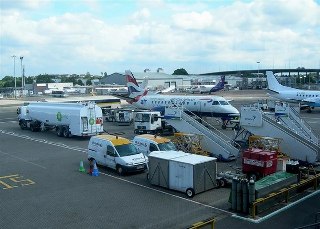 Reflecting the improvement in world trade, scheduled airfreight traffic grew strongly by 4.6% in 2014, a rebound from the 0.4% growth rate registered in 2013, according to figures released by the International Civil Aviation Organization (ICAO).

Asia-Pacific was the world’s largest airfreight market in 2014 with a 40% share in terms of world freight tonne kilometers FTKs. Europe and North America came in at 22% and 21%, respectively, while Middle Eastern airlines recorded the fastest growth in freight traffic in 2014 with a growth of 11.3%.

In passenger volumes, some 3.2 billion passengers used air transport for their business and tourism needs in 2014, said ICAO. The annual total passenger volume was up about 5% compared to 2013 and is expected to reach over 6.4 billion by 2030, based on current projections.

Aircraft departures reached 33 million globally during 2014, establishing a new record and surpassing the 2013 figure by roughly one million flights. Solid global economic growth and improving world trade helped world scheduled passenger traffic grow at a rate of 5.9% in 2014 (expressed in terms of revenue passenger-kilometers or RPKs), compared to 5.5% in 2013.

The Asia-Pacific region was the world’s largest air travel market in 2014, with a 31% share in terms of world RPKs. The second and third largest air travel markets were Europe and North America, representing 27% and 25%, respectively. The Middle East Region, accounting for 9% of world RPKs, recorded the fastest growth rate at 12.8%. The Latin America and Caribbean Region increased by a solid 5.9 per cent while African growth registered in at 1.5 per cent.

International scheduled passenger traffic grew by 6.3% in 2014, up from the 5.7% recorded in 2013. With recovery in the Euro zone economy, European traffic increased by 5.7% and accounted for the largest share of international RPKs with 38%. Asia-Pacific had the second largest share with 27%, growing by 5.8%. North America was also up by 3.1%, in line with its improving economic conditions.

With its combined economic strength and airline network expansion, the Middle East recorded the highest international passenger traffic growth at 13.4% compared to 2013. The Latin America-Caribbean, meanwhile, grew by a solid 6.2% despite weakness in some of its economies, and carriers in Africa experienced the slowest growth rate of 1.7%.

Overall air transport capacity, expressed in available seat kilometers, increased globally by 5.7% in 2014. The overall passenger load factor was relatively stable compared to 2013 at 79.5%. Carriers in North America achieved the highest passenger load factor in 2014, 83.5%, followed by European carriers at 80.4%.

The world’s major aircraft manufacturers will have delivered about 1,000 new commercial aircraft by the end of 2014, with orders recorded for over 2,000 more, ICAO said.