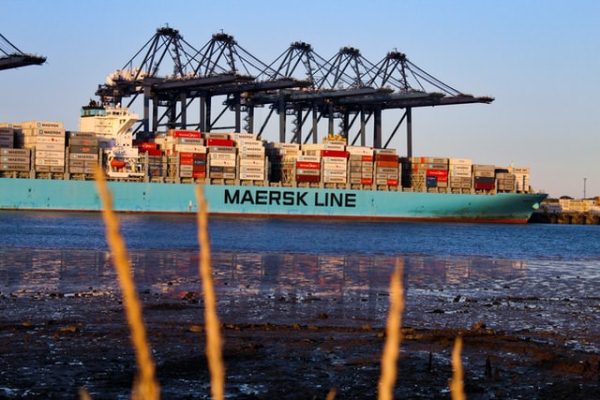 Strong demand for Asia exports will continue in the second quarter of the year, prolonging equipment shortage in the region as well as congestion and delays in US ports, according to a new Maersk forecast.

“We expect the strong demand from Asia to both the East Coast and the West Coast of North America to continue in Q2. The sustained surge in demand means that port congestion and delays—especially in the Los Angeles and Long Beach ports—will most likely not ease up any time soon,” the integrated logistics giant said in an April 16 Asia-Pacific market update.

It added that the congestion is also delaying vessel estimated arrival times into Asia by more than a week.

Maersk noted, too, that equipment shortage remains an industry-wide challenge in Asia.

“We will see the largest impact in the following week, starting on 19th April until the beginning of May, as both empty containers coming back to Asia are delayed and import returns are lower. During those two weeks, we will see a tight equipment situation across a wider range of China ports, as well as Busan in Korea.”

From May 3, the situation will be improving, and Maersk expects the empty container supply to normalize for the week of May 10, adding it continues to purchase and charter additional equipment.

The carrier also gave its Asia-Pacific regional equipment outlook based on the supply in the past weeks and demand forecasts.

“From this week onwards, equipment supply may be delayed due to port congestion and the Suez incident. Shanghai and Ningbo ports are majorly impacted as they provide the main bulk of supply to Europe. Furthermore, with all these delays, coastal re-positioning might be impacted,” it said.

With the sustained surge in demand affecting port congestion and container supply, Maersk said “missed sailings are occurring where we don’t have spare vessels to serve the proforma schedule.”

In its forecast, it said “there will be more than 10 missed sailings that might not be covered in the coming weeks due to schedule delays. Additional vessels to fill the gaps are unlikely to be available. However, we are working hard to secure more capacity.”

To mitigate container shipping disruptions, Maersk said it is taking the following actions:

On air freight, the Danish supply chain group said air capacity of Indonesia and Philippines has been limited for a few weeks due to high export demand to the US and Europe, a situation expected to continue into May and lead to longer lead times.

Vietnam and Cambodia air demand has increased significantly, especially to the US, Maersk said. Carriers reduced flight frequency due to several reasons including high demand from the hubs and charter orders.

“The expectation is that space will remain limited until the end of April and beginning of May for both Vietnam and Cambodia, as these countries are about to enter long holidays.”

Photo by william nottage on Unsplash