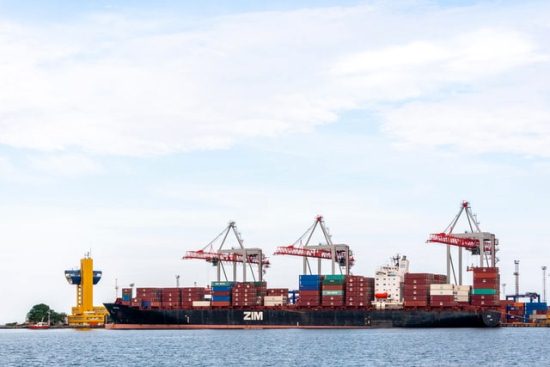 The historic agreement among the Group of Seven (G-7) rich nations to implement a minimum corporate tax rate could have implications for the logistics sector, particularly the shipping industry, according to a Transport Intelligence (Ti) analysis.

The G-7 advanced economies secured on June 5 a landmark deal on taxing multinational companies a minimum global tax rate of at least 15%. The informal grouping of seven of the world’s advanced economies has for its members Canada, France, Germany, Italy, Japan, the United Kingdom, and the United States.

The agreement by the finance ministers of these countries paves the way for levies on multinationals in countries where they operate, instead of just where they are headquartered.

Such a deal aims to end what US Treasury Secretary Janet Yellen has called a “30-year race to the bottom on corporate tax rates” as countries compete to lure multinationals.

If enacted, the global minimum tax would require that companies pay at least a 15% tax on income, regardless of where they are based, making it less advantageous to relocate operations to countries with lower tax rates.

However, the finance ministers left much still to be decided in the wider global negotiations, which are being conducted among 139 countries at the Organisation for Economic Co-operation and Development in Paris. The first hurdle the G-7 agreement faces is winning the support of the G-20 group of nations, which will meet in Venice next month.

Analysts said the pact was motivated largely by concern about the tax policies of predominantly US tech and pharmaceutical companies, with the aim to close cross-border tax loopholes.

This comes as, increasingly, income from intangible sources such as drug patents, software and royalties on intellectual property has reportedly migrated to these jurisdictions, allowing companies to avoid paying higher taxes in their traditional home countries.

Ti said the mechanics and implementation of the agreement are still unclear; however, it does have possible implications for the logistics sector in general and the shipping industry in particular.

“The concept of being domiciled ‘off-shore’ has been attractive to the shipping sector for many years typified by the concept of ‘flags of convenience’. The driver for this was both regulatory as well for tax reduction purposes,” said Ti analyst Thomas Cullen.

The London law firm Watson Farley & Williams said that “if applied to shipping, the plans would cut through close to a hundred years of tax policy.”

The firm said profits would no longer be subject to tax only in the place of effective management of a shipping company. Furthermore countries could no longer use their tax systems to support their ambitions to be “maritime nations,” develop their own maritime clusters, bolster their ship registries, build up maritime expertise across a range of services and train a steady stream of new recruits for their maritime industry.

Cullen said it may be that shipping will negotiate opt-outs to the policy as it has done in the past over competition law or fuel regulations. Or it could represent an opportunity for major economies with a taste for regulation and economic control to assert themselves more strongly over the sector; alternatively, it could trigger restructuring as subsidies are phased out.

Either way, a change in the approach towards global tax structures is likely to pose a threat to the status quo in shipping, he concluded.

Photo by Dimitry Anikin on Unsplash