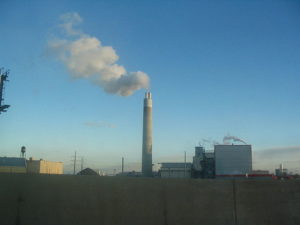 The government of Indonesia intends to relax regulations on issuing business nuisance licenses under its forthcoming 12th tranche of economic policy packages, a ministry official said.

The business nuisance permit formally acknowledges that a warehouse does not cause any disturbance to the surrounding area such as noise and air pollution as a result of its business activities.

Edy Putra Irawady, a deputy commercial and industry coordinator at the Chief Economic Minister’s Office, said the relaxation of the nuisance licensing regulation is part of the structural reforms now being launched by the government to facilitate businesses and bring more investment into Indonesia, according to a report by Antara News.

“We want to carry out structural reforms. If a permit is not needed, then these (business nuisance permit and environmental impact analysis) will be combined into one regulation. If it does not need a license, why should it need a permit? We mean to bring in this reform,” Irawady said.

He said the nuisance permit will be either relaxed or eliminated altogether based on existing standards, and the process will be supervised and audited to really be effective in driving economic growth.

“All such things will be reformed, including issues with the ministries of public works, trade, home affairs and regional governments. We will make doing business as easy as possible by making sure that permits are issued through a standardized system and under audited supervision,” Irawady said.

Chief Economic Minister Darmin Nasution said earlier that the 12th installment of the government’s economic policy packages will be announced after President Joko Widodo returned from his European tour, which ended on April 23.