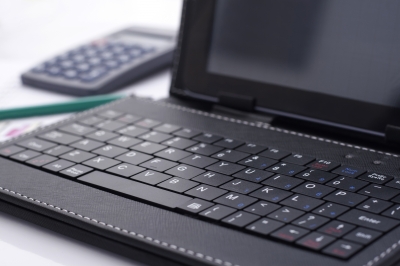 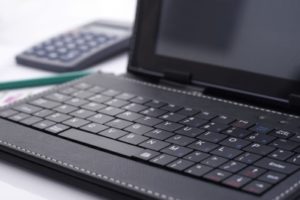 The mandatory electronic exchange of information on cargo, crew, and passengers has been adopted by the International Maritime Organization (IMO) as the agency aims to harmonize procedures for a ship’s arrival, stay, and departure from port.

The new standard obligates public authorities to establish systems for the electronic exchange of information within three years of the adoption of amendments, and is among the important changes in the revised and modernized Annex to the Convention on Facilitation of International Maritime Traffic (FAL).

The Annex is expected to enter into force on January 1, 2018 under the tacit acceptance procedure.

IMO, in a statement, said there will be a transitional period of 12 months from the date of the introduction of such systems to make electronic transmission mandatory, during which period paper and electronic documents would be allowed.

The FAL treaty, first adopted in 1965, aims to secure high uniformity in formalities and other procedures. This uniformity extends to mandatory “standards” and “recommended practices” on formalities, documentary requirements and procedures to be applied on arrival, stay and departure to the ship itself, and to its crew, passengers, baggage and cargo.

The adoption of the revised FAL Annex, by IMO’s Facilitation Committee (FC), which met in April, follows a comprehensive review of its provisions. The update aims to ensure that the FAL treaty adequately addresses the shipping industry’s present and emerging needs, and facilitates and expedites international maritime traffic. The objective is to prevent unnecessary delays to ships and to persons and property on board.

A new recommended practice encourages the use of the “single window” concept to enable all the information required by public authorities about the arrival, stay and departure of ships, persons and cargo, to be submitted via a single portal without duplication.

The project was initiated following several needs-assessment missions for enhancing electronic information exchange, which found that while most member states have some kind of single window in place for cargo, only a few had any single window for maritime transport.

The first phases of the IMO Maritime Single Window project have focused on gathering information on the current situation of the clearance of ships, cargo and passengers at ports from some developing countries; and gathering further information from the authorities involved in clearing ships. The third phase would involve designing, developing, and implementing a prototype maritime single window in a selected country.

The FC requested the IMO Secretariat to report back to FAL 41 on the needs, commonalities, and any additional information on the project.  In the meantime, member states requiring assistance in implementing the maritime single windows may contact IMO to discuss their specific needs and explore possible solutions. Member states and organizations willing to assist them were also invited to contact IMO or submit information to the next session.

Moreover, the FC discussed ways to protect the maritime transport network from cyber threats, including the need to address particular risks to maritime single windows, processes for electronic certificates and data exchange between ships and shore, pre-arrival information based on the Facilitation Convention and processes involving ship-port interface.

The Maritime Safety Committee (MSC) is also scheduled to discuss cyber security threats so it was suggested that any future guidance on cyber security risk management should be developed as joint FAL/MSC guidelines to avoid duplication and so that principles could be applied to all stakeholders, both ship and shoreside.

The committee also agreed to draft amendments to the procedures for port state control, 2011 (Resolution A.1057(27)), to include references to electronic certificates. The amendments will be forwarded to the Maritime Safety and Marine Environment Protection Committees then submitted to the IMO Assembly in 2017 for adoption.

Meanwhile, other revised standards in the FAL Annex cover shore leave and access to shore-side facilities for crew, including adding a paragraph in the standard about non-discrimination in shore leave on grounds of nationality, race, color, sex, religion, political opinion, or social origin, and irrespective of the flag state of the ship on which seafarers are employed, engaged or work.

Standards and recommended practices relating to stowaways are also updated, to include references to relevant sections of the International Ship and Port Facilities’ Security (ISPS) Code. A new standard requires governments to incorporate into their national legislation legal grounds for the prosecution of stowaways, attempted stowaways, and any individual or company aiding a stowaway or an attempted stowaway to access the port area, any ship, cargo, or freight containers.

Image courtesy of Goldy at FreeDigitalPhotos.net