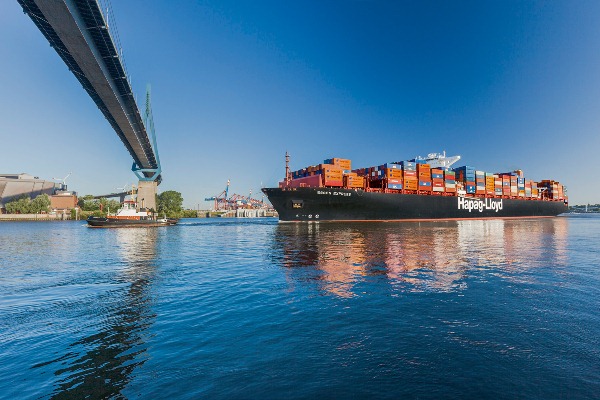 Ocean carrier Hapag-Lloyd announced it has signed an order for six ultra large container vessels, which it will be receiving in 2023.

The Korean shipyard Daewoo Shipbuilding & Marine Engineering will be building the boxships of more than 23,500 twenty-foot equivalent units or TEUs in capacity and deliver them to Hapag-Lloyd between April and December 2023.

The vessels will be deployed on the Europe-Far East routes as part of the shipping consortium THE Alliance, and will “significantly increase Hapag-Lloyd´s competitiveness in this trade,” said the Hamburg-based shipping liner in a release.

The announcement comes as CMA CGM earlier this month announced it was upping its capacity on the Asia-Europe routes with the deployment of nine 23,000-TEU vessels powered by liquefied natural gas (LNG), three of which are already in service.

Hapag-Lloyd said the six vessels ordered will be fitted with  state-of-the-art high-pressure dual fuel engines, which will be extremely fuel efficient. The engine will operate on LNG, but has alternatively sufficient tank capacity to operate on conventional fuel.

“With the investment in six ultra large container vessels we will not only be able to reduce slot costs and improve our competitiveness on the Europe-Far East trade, but also take a significant step forward in modernizing our fleet. Additionally we will further reduce our environmental impact,” Rolf Habben Jansen, CEO of Hapag-Lloyd, said.

The investment will be around US$1 billion. The respective financing has already been secured, the company said.