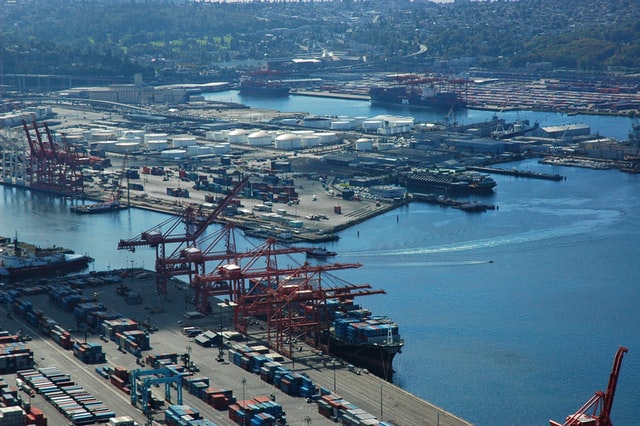 Global container terminal congestion rose by 20% year-on-year in the second half of 2020, hitting US ports particularly hard but also affecting major gateway ports in Europe and Asia, according to the latest port performance data from IHS Markit.

Ships requiring the loading and unloading of over 6,000 containers per visit spent an average of over 83 hours at major global seaports in the second half of 2020, a rise of 20% from the same period in 2019, said IHS Markit in a release.

Global port delays for ships doing smaller workloads were up between 7.8% and 9.5%, depending on the call size.

Ports on the US West Coast were hit hard as they struggled to deal with volume surges in the aftermath of supply disruption due to the pandemic, bigger concentrations of cargo coming at once, and equipment and labor shortages.

The in-port time is calculated from arrival at port limits to departure from berth, excluding waiting time outside the port. “The overall delays for ships are likely to be higher due to extended anchoring outside ports as ships waited for berths to become available,” said IHS Markit.

The global congestion phenomenon also impacted major gateway ports in Europe and Asia, including some normally associated with very high levels of performance.

Qingdao port in northeast China, a global top ten container port by volume well known for high levels of comparative efficiency—saw average in-port time for ships with workloads of more than 6,000 moves increase to over 50 hours in the second half of 2020, a year-on-year rise of more than 21%.

Ships with workloads of more than 6,000 moves were in-port for an average of 45 hours in Singapore (+22% year-on-year) and for more than 92 hours at the UK’s major container gateway of Felixstowe (+34%).

“As the world trade is set to grow this year, it is important that ports operate as efficiently as possible as trading economies seek to get clear of the negative economic impact of the pandemic,” said Mooney.

Ships transport 80% of global merchandise trade as part of an integrated global supply chain. Delays at ports are a major headache for cargo owners, disrupting supply chains and adding costs in a range of different ways.

Photo by Wonderlane on Unsplash