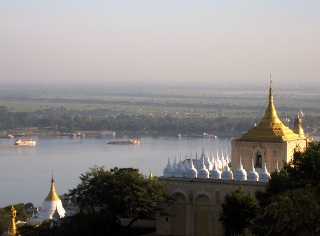 Heavyweight ocean carriers are keeping Southeast Asia in their crosshairs as they predict strengthening trade activity between the region’s economies as well as with the rest of the world.

Danish box liner Maersk Line and German rival Hapag-Lloyd are both looking with keen interest at the Association of Southeast Asian Nations (ASEAN), which is now integrating into the ASEAN Economic Community (AEC), a move that will lead to a unified market of 600 million consumers.

Lars Mikael Jensen, who was appointed Asia-Pacific regional head of Maersk Line in September, said recently he expects Southeast Asian trade with the world to grow at an average annual rate of 6% to 7%, higher than that global trade average of 3% to 5%.

Jensen added that the shipping line would like to help its global customers enter new territories in the emerging economic bloc.

Maersk Line last May became the first container shipping company to set up an agency in Myanmar after its parent A.P. Moller-Maersk acquired a local operating license.

Jensen took note of the steady rise in the containerized trade of Myanmar, which recently underwent political reforms that opened its economy to the outside world.

On the other hand, Hapag-Lloyd is cultivating a stronger presence in the ASEAN region in anticipation of the formal launch of the AEC next year.

“The creation of the AEC will further augment intra-ASEAN and intra-Asian trade. Indeed, we are upbeat not only about the AEC but the entire Asian continent,” said Rolf Habben Jansen, chief executive of Hapag-Lloyd, in an interview with Bernama, Malaysia’s national news agency.

In addition to the AEC, Jansen singled out China and India as two markets with strong growth potentials. “I am a big believer in the economic power of China which will continue to grow. We also see good potential in India and are interested in that market as well,” Jansen added.