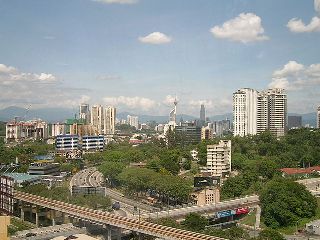 Research and investment institutions have released their predictions for the economic performance of Malaysia in 2014 and 2015.

The AllianceDBS Research retained its forecast for the country to post a real gross domestic product (GDP) growth of around 5.8% this year and around 5% in 2015.

The research company added that in the fourth quarter of 2014, economic growth is likely to remain soft at around 5%, according to a report by Bernama, Malaysia’s national news agency.

It said these forecasts were made amid the slowdown in manufacturing and services sector output.

“Despite the slowdown, October Industrial Production Index (IPI) grew higher than Bloomberg expectations of 4.2 per cent,” it said.

In October, Malaysia’s overall industrial output growth eased to 5% from 5.4% in September. However, mining output rose to 11.5% during the month under review from 7.1% year-on-year.

The research firm said IPI growth would taper in the coming months in tandem with the expected broad slowdown in economic activities.

It also noted that healthy exports, together with higher allocation for development expenditure, will cushion the slowdown in the economy, especially in private consumption and private investment.

Hong Leong Investment Bank Research said given the sharp decline in global oil prices, it has reduced its GDP forecast for 2015 to 4.8% from the initial 5%.

Without elaborating on the measures to be taken, he said they are based on the economy’s still strong fundamentals as well as favorable investment trends and balance of payments.

“The people should place their trust in the government and give space to the leaders based on our past experience,” he said.

He also urged the people not to resort to panic-buying, saying this would hinder the government’s efforts to put in place economy-boosting measures.

An uncontrolled slide in the value of the ringgit could hurt the economy in the long term, he added.

Earlier, International Trade and Industry Minister Datuk Seri Mustapa Mohamed said the national government is to conduct a comprehensive study on the ringgit’s depreciation to ascertain its impact on the economy.

Mustapa said that the country being a trading nation, the depreciation of the ringgit would definitely have an effect, and it was necessary for the study to determine its impact on imports, exports, inflation, manpower, and others.