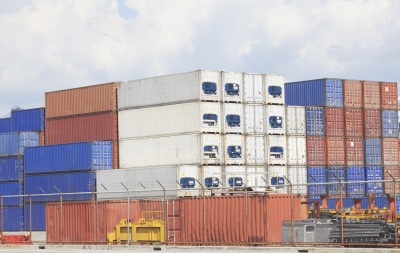 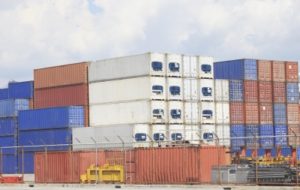 Outgoing Customs commissioner Nicanor Faeldon is urging Senator Richard Gordon to investigate the son of Senator Panfilo Lacson, whom he alleged was involved in smuggling activities.

Faeldon, in a press conference on August 24, claimed that Bonjourno Trading, the company of the senator’s namesake, Panfilo Lacson, Jr., allegedly undervalued a shipment of cement worth P106 million by at least 50%, which was discovered by Faeldon and his team a few days after he took office in July 2016.

Faeldon made the allegation a day after the senator, in a privilege speech, revealed a detailed list of alleged corrupt Bureau of Customs (BOC) officials and employees, which includes Faeldon, as well as the names of alleged smugglers or industry players that pay tara (grease money).

Faeldon said during his stint in BOC, he was made aware of four shipments linked to Lacson Jr.’s company. The first three were alerted but were eventually released after documents, which could not be proven fake by the customs agency, were provided.

He said BOC had written the Department of Trade and Industry to verify if the documents provided by Bonjourno were fake but the department has yet to issue a reply.

Another shipment of Bonjourno was put on hold last October in Legazpi. Faeldon said Bonjourno presented documents proving it did not undervalue the cement shipment but that this was not signed, so the company was forced to upgrade its payment from $8 per metric ton to $16.

Aside from these four shipments, Faeldon said Bonjourno tried to bring in 63 other shipments.

Faeldon likewise claimed the Cement Manufacturers’ Association of the Philippines wrote his office in July informing him of Bonjourno being the number one smuggler of cement in the country.

Faeldon, however, said BOC was not able to investigate Lacson Jr.’s alleged smuggling activities because they prioritized investigating notorious importers.

Senator Lacson said that according to his son, no smuggling of cement has taken place because the commodity is not subject to customs tariff and duties but only value-added tax.

In the same press conference, Faeldon accused Lacson Jr of going to his office to bring bribe money, which was denied by the senator. The senator also denied Faeldon’s claim he is using his son as dummy.

“It doesn’t make sense that I will expose the shenanigans in the BOC if my son is cheating on taxes as Faeldon is now accusing him of,” the senator reasoned.

“For the record, I have always reminded my son to be on the level on whatever business dealings he would have because if not, I’ll be the first one to castigate him and even initiate filing of charges against him,” the senator said.

The lawmaker also questioned the timing of Faeldon’s accusation, adding that the outgoing customs chief should have already filed a case against Bonjourno before if there had been violations.

Pimentel said the timing of Faeldon’s allegation is “suspicious”, and that Faeldon should “state everything that he knows about everyone involved in suspicious activities in Customs and not only concentrate his return fire on the person who exposed the tara system in BOC.’

Drilon, for his part, said he has full faith in Senator Lacson and his family and that he will oppose any investigation against the Lacsons as “it will be a waste of time and will simply be used as a venue for character assassination.”

Gordon, meanwhile, urged Faeldon to submit evidence to the Senate Blue Ribbon Committee, which he chairs, for them to study.

Senator Lacson earlier unveiled a detailed list of BOC officials and employees—including those in the highest echelons—who allegedly accept tara from smugglers or industry players.

Lacson, in a privilege speech on August 23, also named the players allegedly giving bribes to these customs officials and employees who supposedly facilitate the smuggling of goods. The lawmaker also disclosed the amount of tara purportedly paid to customs officials or offices.

Lacson said that “quite a number of top and middle-level Customs officials and employees, as well as brokers, even a civic-minded individual who has been gathering information on this matter for the longest time” started contacting his office after the names of alleged corrupt customs officials were revealed in recent congressional hearings.

Citing various sources inside and outside BOC that the lawmaker claimed to have interacted with over the past two weeks regarding the tara list, Lacson said his office “carefully vetted and cross-matched each and every information to come up with an objectively filtered and detailed list of who and how much each office or official in the Bureau collects per container per day.”

He added that documents and lists provided to his office contained the names of almost the same individuals, which he said made crafting a credible tara list “almost an easy job.”

According to Lacson, “loud whispers in the four corners of the Bureau of Customs compound” allegedly told of a P100 million “pasalubong” (welcome gift) to then newly installed Commissioner Nicanor Faeldon. A quarter of the figure, or P25 million, was allegedly retained as finder’s fee by Faeldon’s middleman, Joel Teves.

Faeldon, in a statement issued sometime after Lacson’s speech, denied the allegation.

“I have not asked anybody to collect tara for me nor have I accepted any tara from anybody. Again, I have not done any form of corruption in my many years of government service nor tolerated those who tried even in the form of request. No is no. The country will appreciate if a third party investigation by a competent body will be conducted so that justice will be served. Just like the Honorable Senator Lacson and the Filipino people, I want the truth to come out,” Faeldon said.

The former customs commissioner earlier admitted that there was corruption in BOC, but claimed that he was not involved.

Based on Lacson’s list, a “standard tara” amounting to a low of P19,000 to a high of P45,000 per container is allegedly paid to customs officials in the central office.

On top of this, BOC’s Manila International Container Port (MICP) officials and employees supposedly collect “payola” amounting from P14,700 (on the low side) to P23,700 (on the high side) for every 40-foot container. Hence, the total tara paid for each container in MICP is from P33,700 to P68,700.

From this collection, Lacson said, the alleged share of each office or person within BOC can range from a low of P200 to a high of P15,000 per container.

“Believe it or not, officials from the top offices of the Bureau down to those who monitor the gates and X-ray [machines] have their share in the tara,” Lacson claimed.

BOC’s tara system, Lacson said, shows a systemic corruption in the customs agency, and with almost every office and official receiving their share, “the Bureau can give the mafia stiff competition.”

He pointed out that while there is “a ray of hope in many government offices, it is undeniable that, over the years, Customs seems to be the one office where darkness and evil always triumph.”

Asked if his list has the same names provided by self-confessed customs middleman and trucker Mark Ruben Taguba II, Lacson said yes, but noted that Taguba’s list is lacking. Taguba is a resource person in Congress’ marathon inquiries on the P6.4 billion worth of methamphetamine hydrochloride (shabu) that slipped past BOC and was seized in warehouses in Valenzuela.

Lacson, who stood by the credibility of his list, called for a sustained investigation of BOC’s corrupt system and for Congress to exercise its oversight function on the matter.

He added that he will pursue information gathering on the tara system at other BOC districts.

Lacson also linked the issue of BOC’s corrupt system with the administration’s current war on drugs.

“If our frontline government agency called the Bureau of Customs would allow, consciously or otherwise the convenient smuggling of tons of shabu into our country, it is impossible to win the battle against illegal drugs, simply because the supply reduction side of the anti-drugs strategy is failing miserably,” the solon said.

“There is a saying that every time we need to solve problems, we should dig at the roots instead of just hacking at the leaves. If we intend to remain committed to the war on drugs, we need a war on corruption,” the lawmaker added.

Lacson, meanwhile, vouched for the integrity of newly appointed Customs Commissioner Isidro Lapeña, whom he said he personally knows “as an honorable man.”

The lawmaker, however, hoped that the new customs chief will “not be eaten [up] by the system like the one before him.”

Lacson said Lapeña needs to institutionalize genuine reforms “that would mean the abolition of the corruption system from top officials down to the last rank-and-file in Customs.”

Standard tara supposedly paid to each office or division for BOC, Central Office (per container):

For MICP and POM:

Lacson noted that official records from BOC showed that on average, around 15,000 to 16,000 containers are processed for release every week at MICP and POM, two of the busiest ports in the country. Of this, between 6,000 and 6,400, or about 40% of the total weekly containers, have tara, Lacson said.

A total of 390 to 490 containers per day, or 1,950 to 2,450 containers weekly, are being facilitated by the so-called “big players,” their identities revealed as follows:

Alleged recipients of tara/payola at BOC:

For the District Collectors/Officers, the following names were mentioned:

Lacson said that “an unimpeachable source provided me with information involving a prominent Customs official listed above.” For the period May 16 to June 28, 2017, the customs official’s total encashment allegedly amounted to P5,109,000, broken down as follows: