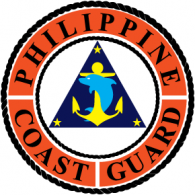 Hermogino’s appointment paper was signed on January 4 but released only on January 8. He replaces Joel Garcia, who had been serving as officer-in-charge of the agency since December 2016 following the suspension of former PCG commandant Rear Admiral William Melad. It may be recalled that Melad, along with other high-ranking Coast Guard officers, was suspended by the Ombudsman in December 2016 for failure to liquidate the agency’s fund of more than P67.5 million.

Hermogino was also promoted to rear admiral from commodore. Prior to his appointment as PCG chief, Hermogino served as the Coast Guard’s Maritime Safety Service commander and was the former commander of PCG Southern Luzon. He is a graduate of the Philippine Military Academy Class of 1985.

Prior to his appointment as commandant, Hermogino became station commander of various PCG stations and eventually became commander of Coast Guard districts in Bicol, Northern Mindanao, and Southern Tagalog in Batangas and Coast Guard District National Capital Region-Central Luzon in acting capacity. He was also in command of major units of the PCG such as the Marine Environmental Protection Command, Coast Guard Fleet, and Maritime Safety Services Command.

He earned the coveted Command-at-Sea Badge for having commanded three Coast Guard search and rescue vessels; and seven other vessels during his service in the Philippine Navy.

PCG spokesperson Armando Balilo, in a statement, said the agency “will support Hermogino and thanks the President for the appointment of a regular commandant.”