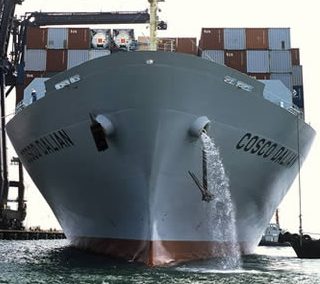 CKYH-the Green Alliance announced it has forged an agreement with Taiwan’s Evergreen Line to increase sailing frequency, improve transit time and widen port coverage on the Asia-Europe and Asia-Mediterranean trade lanes from the second quarter of 2012.

Industry watchers said the cooperation would boost CKYH and Evergreen Line’s competitiveness on the Asia-Europe and Asia-Mediterranean routes against the new alliances formed by Maersk Line and CMA CGM, and by the six container shipping companies that have created the G6 Alliance.

They added that such partnerships may enable lines to hike container shipping rates that have drastically fallen due to weak demand and overcapacity, and cut costs through sharing resources, as they noted the increasing difficulty for any line to survive on the Asia-Europe trade market without an alliance.