Carriers’ surcharges mean up to $5B annual losses for PH economy 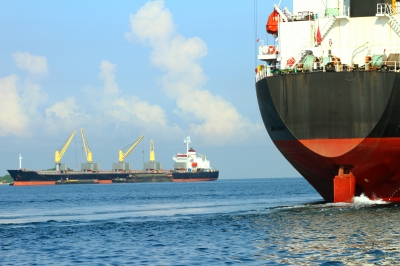 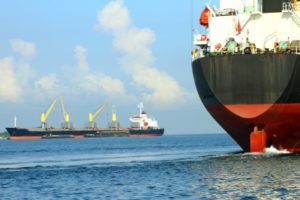 Destination fees and surcharges imposed by international shipping lines cost the Philippine economy an estimated US$2 billion to $5 billion in losses annually, according to a joint report by the National Competitiveness Council (NCC) and the Export Development Council (EDC).

The joint report, titled “Potentially Avoidable International Shipping Cost and Other Charges” and authored by Dr. Enrico Basilio and Michael Raeuber, said a quick analysis indicates that, “on the low side, these surcharges (economic burden) are estimated to cost the economy roughly $2 billion annually (to a high of $5 billion) annually.”

The joint report was submitted to the Lower House Committee on Transportation (COTr) during a hearing on international shipping line charges on January 17.

It said the “intense competition in the global shipping arena coupled with an oversupply of bottoms (ships) have [sic] led some international shipping lines to charge origin and destination surcharges on top of freight to recover losses.”

It claimed that freight to be collected from shippers under applicable International Commercial Terms (Incoterms) are “replaced by discounted rates and discounts (refunds) to shipping agents and/or shippers (sellers/exporters) at origin ports” and “instead collected from consignees (buyers/importers) a host of ‘destination charges’.”

Based on the survey done on 27 respondents by the NCC-TITL Working Group and EDC-NCTL last year, in the case of imports, freight on the average accounts for only 39% of the total amount paid to international shipping lines while destination charges levied on Philippine importers account for 61%.

For exports, freight is 39% for Manila to China, and 11% from Manila to Germany/France.

For exports, freight on the average accounts for only 25% of the total amount paid to international shipping lines while origin charges levied on Philippine exporters account for 75%.

The report said the impact of these charges can be felt on five levels. One, it “undermines the country’s export competitiveness by increasing the cost of importing raw materials and intermediate goods.” It noted that hardest hit by these costs are the small exporters and importers (SMEs) because larger and regular importers and exporters are able to negotiate better rates and terms with shipping lines.

The report said such costs also undermine the competitiveness of domestic producers against imported products by increasing the cost for local makers of importing raw materials and intermediate products.

Surcharges are also seen to make domestic consumers pay higher prices for imported products (for final consumption) since “added” import cost is passed on to them.

By transferring cost from the foreign shippers to the consignees (Philippine importers), the report said the government may lose revenues from income taxes as the consignees will declare these charges as costs and allowable expense in their books, thereby reducing their taxable income.

Based on the survey, the report noted that while this scheme is mainly employed in Asia, some companies have started to experience the same practice on the Pacific route.

Raeuber, during the COTr hearing, disclosed an alleged scheme in China and Vietnam in which exporters there would negotiate with the shipping lines and get low or negative freight and then bulk of the costs would be paid for by Philippine importers by way of destination charges imposed by shipping lines. This, Raeuber said, keeps the cost of these countries’ products low “at the expense of the Philippine importers.”

The joint report said surcharges also impair the right of the government to collect the right amount of taxes from importers if those charges by their nature being “freight” are misdeclared as “something else” and are not added to the dutiable landed cost of imports, the report said.

“It may be further argued that these charges are not only excessive but undefined as to their nature of freight, recoverable actual cost or penalties,” it added.

Raeuber, during the COTr hearing, said the impact of zero or negative freight rates is that the government, particularly the Bureau of Customs (BOC), will not be able to impose correct duties and taxes on the dutiable landed cost of importation.

He claimed the negative or no freight in the bill of lading “is deliberately hidden in the multitude of destination charges imposed by the shipping line separately and locally charged to the consignee.”

Further, Raeuber said, by transferring the cost from the foreign shippers to the Philippine consignees, “the government may lose revenues from income taxes as the consignees will declare these charges as costs and allowable expense in their books thereby reducing their taxable income.”

As a form of remedy, Raeuber said shipping lines calling Philippine ports should be mandated to justify the collection and nature of destination and local charges. Doing this will allow taxing authorities to categorize and impose the appropriate taxes for services, in accordance with National Internal Revenue Code, Raeuber said.

The joint report recommends that the government mandate, through the issuance of an executive order or a Department of Trade and Industry (DTI) memorandum circular, the daily publication of all-in freight charges per route by international shipping lines “in order to help our importers and exporters in selecting their shipping company for every instance.”

“The government must not allow these costs to be incurred by (or passed on to) Philippine Shippers especially if they do not have any contractual relationship with the carriers, and/or are not obligated to pay them under Incoterms,” it said.

Philippine importers are also asked to “be smart” and buy on Free on Board (FOB) terms, negotiate all-in rates and not CNF (cost and freight) or CIF (cost, insurance, and freight) “and be coerced to pay ‘destination charges’.”

Philippine shippers are also urged to “insist on freight quotations under Incoterms.”

Importers, meanwhile, are asked to “take control of their supply chain cost by buying on freight collect terms and be very suspicious of suppliers insisting to in ‘prepaid terms’ while accepting or being coerced to accept destination charges under duress.”

Docs fee must also be charged only once at the origin. For detention and demurrage charges, the cost recovery should be limited to actual, not consequential cost per day, estimated at $1 to $2 per day. For container cleaning, the report said there should be a standard tariff schedule that could serve as uniform basis for charging.

The Maritime Industry Authority is also urged to regulate international shipping lines doing business in the Philippines and enforce their compliance with Incoterms and local jurisprudence.

DTI, in partnership with various organizations, is pressed to conduct an education and information campaign on Incoterms and other trade-related topics among Philippine shippers.

The report also suggests that the Bureau of Internal Revenue (BIR) look at the reduction of taxable income resulting from the transfer of costs from foreign shippers to Philippine consignees. BIR, the report said, may also want to check if shipping lines and/or their agents pay income taxes for income they declare other than freight, “if per declared as an onshore destination charge”.

COTr chairman and Catanduanes representative Cesar Sarmiento said Raeuber’s statements are “a major accusation” that has to be looked into. He said with these claims and the result of the report, the next hearing will be a joint meeting with the Lower House Committee on Economic Affairs.

“Baka mamaya hindi na tayo (Maybe we’re no longer) competitive and our economy is at stake,” the lawmaker said.

Sarmiento added that the next hearing will find out “what would be the best solution for the situation because there is no government agency that is in charge to protect the interests of the port users.” – Roumina Pablo

Image courtesy of kongsky at FreeDigitalPhotos.net