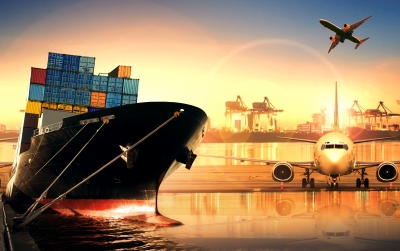 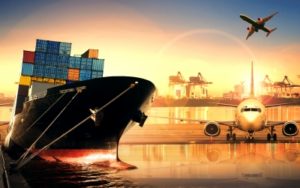 In separate emails to PortCalls, various industry organizations said they all foresee 2018 as a positive year, albeit one with many challenges.

“This is not lost on major conglomerates who have made aggressive moves into the logistics services sector. There is also the growth of e-commerce, which gives rise to the importance of managing supply chains and last mile logistics,” he added.

“Global shipping is slowly but surely getting back (on) its feet after a long slump. The year 2017 had shown signs of modest recovery. We foresee a better year and projections for import and export volume in the Philippines for 2018 indicate a positive growth,” Cruz added.

At the same time, the group said domestic shipping will remain highly competitive, and freight rates “may be unstable due to increase in costs especially fuel, utilities.”

The government’s Build, Build, Build infrastructure program, under which many projects will start construction this year, is collectively welcomed by the cargo transport industry.

Construction of new roads and bridges “is of great help to the industry in combatting the perennial traffic problem that effectively affects the operation of trucking industry,” Confederation of Truckers Association of the Philippines (CTAP) president Mario Yap said, while PMTLAI’s Lingad noted “more roads equate to less traffic, thus faster delivery and lower cost.”

AISL’s Cruz said that if the infrastructure development program moves forward and brings about concrete and tangible results, “such as but not limited to the putting up of crucial road and rail networks, telecommunications and support facilities, the impact on the shipping sector will be huge.”

“The supply chain will greatly improve and will pave the way for the flow of trade in the Philippines to flourish significantly,” he added.

PLSA hopes the infrastructure program would result in increased connectivity between seaports, airports, road, and rail.

If the program includes “synchronized seaport modernization and development”, it will translate to economies of scale, the group said. This means shipping lines can finally use bigger vessels and carry more cargoes in one voyage.

SCMAP’s Felicio acknowledged short-term bottlenecks while the program is being implemented. But in the long term, he said, “these finished infrastructure projects should decongest our transport network, decrease delays and enable us to serve our principals and the end customer better.”

“How well it does, that would depend on whether our infrastructure is able to respond to future needs rather than just be a Band-Aid measure to address current problems,” he noted.

While the industry sees opportunities, challenges are also anticipated in 2018.

CTAP’s Yap said the government’s truck modernization program still remains a challenge. The Department of Transportation (DOTr) last year issued a directive capping the age of trucks for hire at 15 years old, which effectively affects around 80% of the country’s fleet. Truckers have raised their concern with DOTr but a final policy on the issue has yet to be issued.

For shipping lines, meanwhile, Cruz said a faster and more efficient turnaround of cargoes and containers in the Philippines “has long been, and will always be, of paramount importance to AISL members.”

“How to attain that will always remain a challenge because a lot depends on the availability of support facilities to handle the increasing cargo volume, a more rationalized and consistent Customs policy in the clearance of cargoes and complete automation of procedural processes that will facilitate trade and spur economic activity,” he said.

Like CTAP, Cruz said AISL will continue to actively participate in the formulation of government policies and issuance of regulations.

“This will not be easy as most government agencies are still used to unilaterally coming up with new policies and regulations without prior consultation with the affected sectors. The act of getting the consent of a government agency to allow the private sector to participate in policy formulation is in itself, a challenge,” he said.

But it is “heartening to note that the Bureau of Customs has opened its doors for public consultation before drawing up the rules implementing the Customs Modernization and Tariff Act (CMTA)…This should be a good start,” he said.

SCMAP’s Felicio said the country’s logistics infrastructure remains a challenge as it “continues to be a limiting factor for our supply chains.”

“Although there are projects planned and ongoing, many of them will materialize three to five years from now. (The situation) will become worse before it gets better. This poses a challenge (to) meeting customer expectations on service levels as well as cost in the meantime,” he pointed out.

Road traffic congestion, lack of road-port connectivity, and high cost of operations due to the steady increase in port tariff, and local government issuances are also “detrimental to the industry”, as are truck bans, PLSA said.

Seen both as a challenge and an opportunity is the continued rise of e-commerce and changing consumer preferences, Felicio noted.

“For one, our internet connectivity is still one of the slowest in the region. The industry has always lived by the need to be agile, responsive and adaptable, especially here in the Philippines, but these infrastructure challenges will stretch our capabilities further. It is like a paper bag that has to hold a fast growing economy—it is bursting at the seams,” he explained.

Felicio said, however, that they are optimistic for the long term.

“There will be continuing consolidation within the logistics sector, as well as the possible entry of global players such as Amazon and Alibaba. Combined with (hopefully) improved infrastructure in the future, (this) poses an interesting question for current players: how can they thrive in this evolving landscape?”

Felicio said investing in new technologies will play a major part in addressing these challenges.

“Not only will (new technologies help) make logistics companies do their work and serve their customers better, (these) will make them relevant for the future,” he noted.

“There is really no choice. Digital disruption from social, mobile, analytics, cloud, and the Internet of Things is already here; fortunately, these technologies are readily available and accessible to anyone. It is easy to appreciate that their advantages outweigh the investment and cost. We have to keep an open mind and be creative rather than be left behind.”

With all the challenges, stronger collaboration between all stakeholders across the supply chain remains important, he added.

“We’ve seen time and time again why we should do away with thinking in silos. The best way to serve customers, achieve efficiencies and create value begins with reaching out to every player across the chain—suppliers, manufacturers, distributors, retailers, consumers—and understanding their needs. We can make the whole supply chain efficient instead of thinking local and short-sighted optimization. This is easier said than done–making everyone have a growth mindset instead of thinking it’s a zero-sum game,” Felicio pointed out.

Asked for their top wishes for their sectors this year, PMTLAI’s Lingad and AISL’s Cruz had the same answer: automation.

Cruz called for automation of procedural and administrative processes to prevent red tape and corruption on the ground, while Lingad suggested the implementation of electronic payments and streamlined procedures that require less face-to-face transactions with the government.

Lingad also hopes there will be no port congestion this year, which he noted the industry can address by planning ahead.

He also wishes for sea freight forwarding accreditation to finally be transferred to the DOTr from the Department of Trade and Industry so the country can finally start complying with its commitment under the Association of Southeast Asian Nations (ASEAN) Framework Agreement on Multimodal Transport. The agreement, which the country signed in 2005, requires that a single national body oversee multimodal transport operators (MTOs) in a country so local MTOs can compete and operate in other ASEAN countries.

Cruz hopes AISL can be accorded by both the executive and legislative branches of government a much greater degree of involvement in policymaking and enactment of laws governing shipping operations in the Philippines.

For trucking, CTAP’s Yap hopes the government can provide financial aid to help truck operators comply with the modernization program. He also asks for the abolition or reduction of various charges shouldered by truckers operating in ports.

For SCMAP’s Felicio, he looks forward to greater appreciation of the role supply chains play, not just in supporting businesses but also in ensuring the country’s competitiveness.

“They say supply chains are the backbone of the economy, and they are also the route towards enhancing Filipino lives. It may be daunting as the term ‘supply chain’ covers so much ground, but with wider awareness, everybody can move towards better and more meaningful collaboration, with the goal of serving our customers better in mind,” he said.

Lastly, Felicio said the country’s supply chain industry “still needs a cohesive road map from the government—with help from the private sector, of course—to chart the course as we move towards being more globally competitive.” – Roumina Pablo