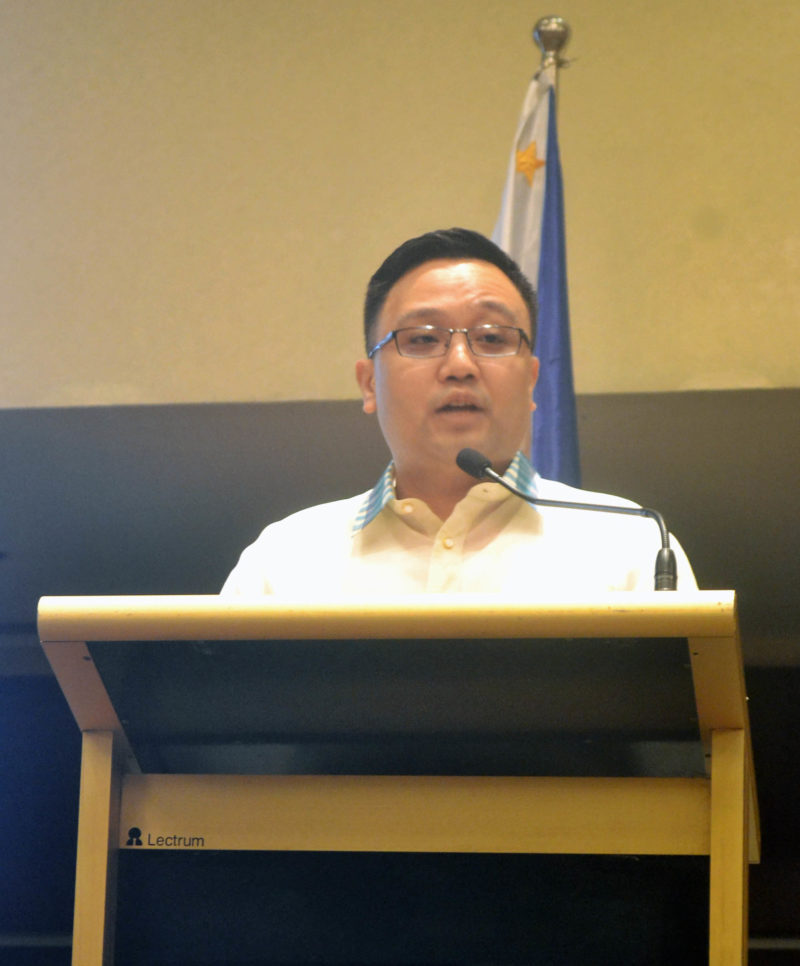 Baquiran, who was appointed MICP district collector on June 11, said he has issued special orders early this month to allow BOC-MICP deputy collectors for assessment and operations to sign on his behalf several kinds of documents to expedite approval of “voluminous documents” received by his office.

He said it usually takes time, sometimes even a whole day, before documents for approval arrive at his office causing delays in the processing of shipments.

Another initiative is the re-creation of a multinational lane to fast track the clearance of shipments of multinational companies of good standing with BOC.

Users of this lane are not members of the Super Green Lane, but they constitute 80-90% of MICP users, Baquiran explained to PortCalls after the forum.

Multinational lane users will still have to go through the usual clearance process but clearance under this lane are expedited.

BOC-MICP also created a reefer lane to address delays experienced by shippers of reefer and perishable goods. Baquiran said he has assigned at least three customs operations officer 5 and five examiners to this lane. Every day, two examiners are designated to spot check reefer shipments from 8a.m. until all reefer shipments for the day have been examined. Baquiran noted that previously, stakeholders would have to look for examiners to conduct the examination, causing delays in shipment clearance.

Aside from these initiatives, Baquiran said BOC-MICP is closely coordinating with concerned government agencies to facilitate verification of import entries and other clearances, especially for goods headed for the reefer lane. He said he also conducts regular consultation with stakeholders.

To facilitate the processing of alert orders, and in compliance with BOC’s new rules on the issuance and lifting of manual and electronic alert orders, Baquiran said a team has been created to monitor alert orders. Examiners have been given schedules to ensure zero backlog in examination.

He also encouraged stakeholders to try processing shipments during Saturdays.

Meanwhile, Baquiran said BOC-MICP last month broke records when it processed more than 2,000 entries in one day, double the usual 1,000 entries per day.

Baquiran said BOC-MICP “will continue to revisit the business process flow of all units within MICP to ensure there will be no negative impact on trade costs and economic development”, noting that “in MICP we have the most exciting yet challenging task of transforming into a prime port.”

He added, “I always believe that in our dynamic environment, we have to be highly effective in both trade facilitation and customs control. Our aim has always been to provide the best public service to our stakeholders by working very transparently and professionally.” – Text and photo by Roumina Pablo