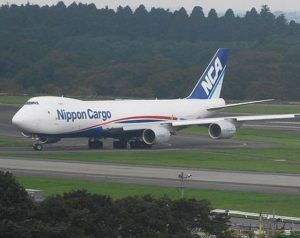 Global air cargo volumes in March 2017 posted impressive year-on-year growth not seen since the recovery years of 2009-2010, according to WorldACD.

The month saw a 14.6% increase in chargeable weight, with the origins Asia-Pacific and Europe up 19%. There was also a 16.4% rise in DTKs (direct ton kilometers), the measure combining weight with the geographical distance between origin and destination of shipments. As for yields, there was a 1.7% increase when measured in U.S. dollar terms and a 5.6% spike in euro terms.

WorldACD’s Worldwide Weight index (the moving average in the last 12 months, with 2008 having a figure of 100) jumped by more than one full point to 122.8.

Business from Hong Kong, Shanghai, Beijing, Guangzhou, London, Milano, Frankfurt, and Chicago was particularly upbeat, with all having achieved a growth of more than 20%.

WorldACD attributed the strong growth largely to sea-to-air shifts and the launch of new consumer products, while also citing a few other helpful factors.

One was that Easter, when volumes tended to be lower especially in Europe, fell in April this year compared to March last year. Also, March 2017 had one more Friday (usually one of the top cargo days) than March 2016. “Without these two factors, the March 2017 YoY growth would have been around 11%,” said the report.

“We expect that April will be another very good month, but—in view also of the Easter-effect—YoY growth may stop around 10%,” it added.

Worldwide U.S. dollar yield was also an improvement of 5.1% month-on-month. The origin Asia-Pacific showed the highest growth (+11.9%), but this area was also the only one with a yield drop for all incoming traffic (-0.7%). The yield index for eight of the 10 largest region-to-region markets went up as well.

Meanwhile, for the first quarter, in terms of regional groups and product categories, carriers from Asia-Pacific and the Middle East recorded the largest overall year-on-year growth of 12% and 9%, respectively.

Airlines from the Americas grew more than their Asian and European competitors in non-general cargo. The Americans showed strong year-on-year growth in dangerous goods, pharmaceuticals, and vulnerable cargo, although from a small base.

African carriers almost doubled their carriage of dangerous goods and grew 40% in pharmaceuticals, but again from a low base. In perishables, African carriers attained the highest growth percentage of all.

The Europeans remain far ahead in total tons carried in perishables and dangerous goods—their percentage growth may have been lower, but they still added an impressive 10% and 11%, respectively, to their volumes.

Notably, WorldACD said U.S. President Donald Trump’s first 100 days in the White House appeared not to have inspired air cargo growth for his country. “The Q1 performance of USA-carriers as a group has been way behind all other regional carrier groups.”

But for all carriers together, revenues from air cargo destined for the U.S. grew stronger than for any other destination region (+14.7% against +8.5% worldwide), but revenues from the U.S. showed the opposite trend, going up just 2.3% versus the 8.5% revenue generated worldwide.