Aquino touts PPP projects, pats BOC on the back during SONA 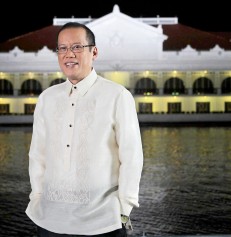 President Benigno Aquino III commended the Bureau of Customs (BOC) and its leaders for the 22% year-on-year increase in cash collections for the first four months of 2014.

“With righteousness and with solidarity, we can clean up an institution that has, for the longest time, been besmirched by corruption,” Aquino said in his fifth State of the Nation Address (SONA) delivered on July 28.

For the first four months of the year, BOC collected P17.266 billion from P95.953 billion in the same period last year.

Aquino, in his fourth SONA, had trained his guns at BOC for failing to stop malpractices at the agency.

He had said BOC personnel were “trying to outdo each other’s incompetence” rather than “collecting the proper taxes and preventing contraband from entering the country… they are heedlessly permitting the smuggling of goods, and even drugs, arms, and other items of a similar nature into our territory.”

According to BOC’s mother agency the Department of Finance, Aquino said the country loses P200 billion every year due to smuggling.

Toward the end of 2013, a BOC reform program was launched starting with the appointment of new deputy commissioners and returning personnel to their original positions. A new customs commissioner also followed.

Back at this year’s SONA, the President touted the lifting of restrictions on Philippine aviation in 2013 and 2014 as well as projects launched under the public-private partnership (PPP).
Since December 2011, he said seven projects under the PPP scheme worth P62.6 billion pesos have been awarded.

He also made special mention of the Philippine Economic Zone Authority. Of the agency’s total investments attracted since starting operations in 1995, 42% were made in the first four years of the Aquino administration, he said.

The President noted that the country is now “more open for business.”

Due to “good governance”, investors are now competing for the privilege of building infrastructure, Aquino said.

He cited the Mactan-Cebu International Airport Passenger Terminal Building project, where the government received a premium of more than P14 billion; and the NAIA Expressway Project Phase 2 where it got P11 billion.

Infrastructure projects promised decades ago had also been started, he said, such as the Skyway Stage 3 project, part of the Metro Manila Expressway project started in the ‘70s.
Other projects in the pipeline and approved by the National Economic and Development Board are the Laoag City Bypass Link Road Project; Cebu Bus Rapid Transit Project; LRT Line 1 South Extension and Line 2 East Extension; Puerto Princesa Airport, Busuanga Airport, and the Clark Green City in Capas, Tarlac. – Roumina Pablo