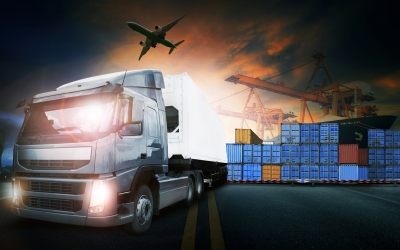 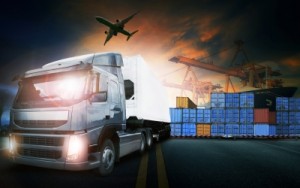 “We are not doing anything wrong (with TABS),” Almendras, who headed the Cabinet Cluster on Port Congestion in 2014 and 2015, said in a briefing on Feb 29.

TABS is an electronic platform for booking containers at Manila South Harbor and Manila International Container Terminal, specifically developed to minimize road traffic and prevent container build-ups. The Manila port operators said TABS will ensure a more organized flow of containerized cargoes in and out of the terminals while providing real-time information on container status.

Almendras noted the idea for the appointment system came from the private sector, and that the program was created in consultation with different stakeholders, contrary to some groups’ claims that TABS was imposed without dialogue.

In the past few weeks, different stakeholder organizations have written Almendras seeking a stop to the implementation of TABS, claiming it will lead to added costs.

The Philippine Chamber of Commerce and Industry and Philippine Exporters Confederation, Inc. have also assailed TABS, particularly its system of fees and penalties, saying port operators are duty-bound to provide quality service and should not make customers pay for any improvements to their operations.

TABS, which has the blessings of government, has been in effect since October 2015. But it is only on March 15 that TABS will be strictly and fully implemented, including its points payment feature. Under this feature, points with equivalent monetary value will be used to book slots. One point is equivalent to P1; the number of points needed will depend on the zone to be booked. Transaction fees are P300 and P1,000 in the medium- and high-demand zones, respectively.

An advance deposit/maintaining balance of P6,500 per company is needed to be able to transact using the TABS.

Penalty for late arrivals (trucks that come two hours after their booked slot) is P1,625. No shows, or trucks that arrive three hours or more after their appointment, will be fined P3,251.

Almendras said TABS was created to improve truck movements and prevent another port congestion. He explained that after the Manila port congestion in 2014 had caused six to seven lost investments, the government had to create “an immediate solution” entailing the efficient use of the roads, even as the addition of more capacity was being planned, in order to relieve traffic and to anticipate growth in volume due to the growing economy.

He acknowledged there were queues during the pilot stage because trucks were bunched on the roads during non-truck ban hours. But starting March 15, trucks with TABS bookings will be granted truck ban exemption by the Metropolitan Manila Development Authority (MMDA).

Almendras added that traffic enforcers will be oriented on the truck ban exemption under TABS, and that an orientation structure has been created considering there are different enforcing groups in every city in Metro Manila. He said key cities will have staff from MMDA-Task Force Pantalan to check if trucks plying the road really have TABS bookings or not.

Meanwhile, trucks arriving at the terminal an hour earlier will be given a “transient area” as they wait for their assigned slot to open.

“A terminal booking system really works only on a one-hour window. The more you open up those windows, the less effective the system will be,” he said.

In other countries using the same appointment system, he noted no grace period is given but in consideration of the traffic situation in the Metro, a “good tolerance level” window will be implemented.

“If we see positive results, we can start adjusting because what we don’t want to do is give too much leeway that the roads are completely congested,” Lozano said.

Initially though, early arrivals will be allowed since truckers may still be familiarizing themselves with the new system, Lozano noted.

Almendras defended the imposition of fees and penalties in order to induce compliance and avoid abuse of the system.

During the pilot implementation of the system–when fees were not yet imposed—Almendras recounted that a customs broker booked 40 slots in one day; 15 minutes later started he selling the slots on Facebook for P500 each.

The Cabinet secretary clarified the system is not being used to generate income for the terminal operators. He said the “system is expensive” and that the penalties will be used to offset credits for those who will book on Sundays. Bookings on Sundays will be free, regardless of the time, and 300 points (equivalent to P300) will be credited to the client’s account as an incentive for transacting on a historically non-peak day.

As to claims stakeholders were not informed of the fees for using TABS, Almendras said, “I did not make any promises. I did not say there is no payment.”

MICT’s Lozano explained that the P3,251 penalty for no-show trucks is based on the Philippine Ports Authority’s equipment rental tariff; the P1,625 penalty for late arrival is equivalent to half of the rental tariff. Lozano noted that when a user books a slot, the terminal already uses its equipment to prepare the container so the truck can just load it when it arrives on its booking time.

Despite claims the system will hamper just-in-time (JIT) shipments, Almendras said members of the Japanese Chamber of Commerce, whose shipments are mostly JIT, as well as Philippine Economic Zone Authority locators, “are all very happy with TABS.”

Logistics and procurement experts were consulted when the system was created, he said.

“As a matter of fact, the JIT guys are saying finally, finally it happened in the Philippines,” Almendras said, adding this is because the system allows the transparency and predictability needed by JIT shippers.

Moreover, Almendras said terminal operators have allowed green lane and super green lane consignees to book slots by themselves, since they can predict what time their Customs clearance will be given and what time they can release their shipments. Importers of refrigerated shipments also have the same privilege.

The Cabinet official said the opposition may be due to fears of transparency since TABS will show the time when a shipment is unloaded from a vessel and the time the box exited the terminal. He explained transparency “will highlight who are the good brokers, who are the efficient, who are the hardworking brokers.”

“I think the more important question is, is this system logical or not,” adding “the way you kill corruption, extortion, is to create a system that is transparent.”

He said importers will be the ultimate benefactors of the system because they will no longer be vulnerable to abuse and extortion since they can track their containers’ movements within the port.

As for the planned customs brokers and truckers holiday starting March 7, Almendras said this is a business decision each organization has to make, but said he has the support of big trucking and customs brokers’ organizations and other stakeholders.

“Legitimate brokers are happy with the system,” he noted.

Lozano, for his part, said, “We do understand the apprehension. It’s a new thing but we believe in this. It’s a proven best practice globally in supply chain. We’re not reinventing the wheel. We will continue to talk to everybody.”

He added that stakeholders may not see the benefits today “because TABs is not being strictly implemented.” Lozano said some still come to the terminal without a booking.

Compliance for import containers is now 100% though. For exports, Lozano said they are coordinating with foreign shipping lines about providing timely pre-advisory to avoid delays. They are working to merge the pre-advisory system with TABS and allow customs brokers to do the booking for exports.

Lozano expects a 12% to 15% increase in truck movements because transactions will be spread out over 24 hours instead of only during peak hours which, in turn, means more time for trucks to move more containers.