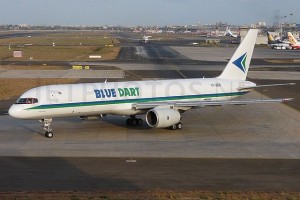 The global airfreight market in January 2015 “gave little cause for cheer,” with a volume growth of just 0.3% year-on-year, but Europe and India appear to be bucking the trend, according to a new analysis by WorldACD.

“Coupled with the gloomy general economic forecasts and recent stock market movements, it sure looks as if 2016 is off to a pretty bad start in air cargo,” it added.

Europe was the exception to the overall direction, just as it was in the second half of last year, with volume growth of more than 5% outbound and 1.5% inbound, said WorldACD.

Although Asia-Pacific as a region hardly grew, its business to and from Europe thrived, rising 8.8% and 10.6%, respectively.

As for yields, while these normally drop between December and January, this year’s month-on-month decrease of 6.6% was slightly smaller than last year’s. The January yield drop was 16% year-on-year, a figure not compensated for by lower jet fuel prices, even though these prices decreased by around 30% year-on-year. Only Central and South America managed to generate the same yield year-on-year.

Meanwhile, India is on a roll, as an advisor to the Indian government stated recently that the country expects its air cargo industry to grow by over 180% in the next 15 years. WorldACD data show that its growth percentages for 2015 are more than double the worldwide average: 4.1% outbound and 4.7% inbound. And for January 2016 the volume growth is even higher at 4.4% and 7%, respectively, compared to the same month the preceding year.

“With yields (in USD) moving along with the worldwide changes, one could say that its starting point is good,” the company said of India’s prospects.

The United Kingdom is still the most important outbound market, but its dominant position is dwindling. The top inbound markets of Hong Kong, Germany, and China East strengthen their position with double-digit growth figures: the latter two even managed over 20% year-on-year growth in January. Importantly, there is a good overall balance between India outbound and inbound.