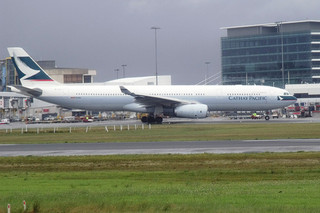 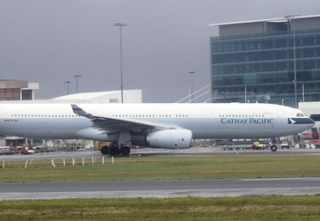 The two carriers ferried 147,450 tonnes of cargo and mail last month, an increase of 4.7 percent year-over-year.

Cargo and mail load factor fell by 0.2 percentage points to 63.7 percent. Capacity increased by 8.5 percent, while cargo and mail revenue tonne kilometers flown were up by 8.1 percent.

For the year to date, tonnage has fallen by 1.1 percent while capacity has shown a 1.7 percent increase, according to Cathay Pacific Airways.

“The increase in volumes that began in late October continued to gain momentum in November and we ramped up capacity on key long-haul routes accordingly,” said Mark Sutch, Cathay Pacific general manager of cargo sales and marketing.

“The surge in traffic was driven by hi-tech consumer goods being shipped out of mainland China and other major manufacturing centers in Asia. Demand was especially robust on transpacific routes and the momentum was maintained through to the Thanksgiving holiday at the end of the month.”