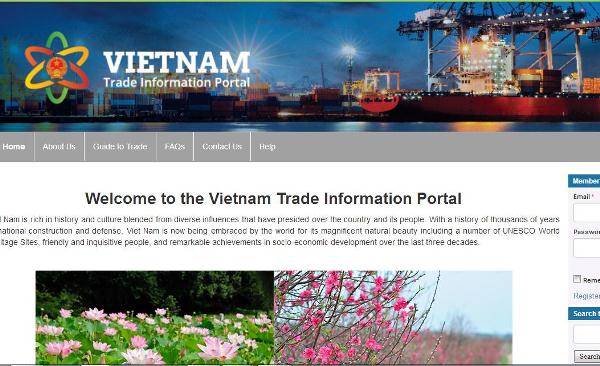 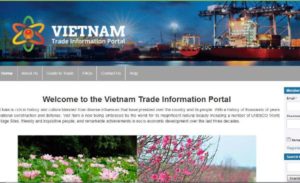 The Vietnam Trade Information Portal (VTIP), a one-stop shop for the business community to get information on Vietnam’s import-export regulations and procedures, has just gone live.

Hosted by the General Department of Vietnam Customs under the Ministry of Finance, with support from the World Bank Group in Vietnam, the portal is expected to help improve the predictability and transparency of the country’s trading laws and processes, giving foreign and domestic investors quick access to Vietnam’s trade rules.

The initiative is the latest government effort to increase access to information and to comply with the World Trade Organization’s Trade Facilitation Agreement (WTO TFA). The website will include existing trade regulations and procedures such as laws, administrative procedures, guidance notes, forms, licenses, permits, and applicable fees in both Vietnamese and English.

Having a single portal containing all trade regulations and procedures will save businesses time and operational costs, especially for small and medium enterprises interested or involved in the import, export, and transit sectors.

Some of VTIP’s other features include an overview of Vietnam’s economy, business startup process, import and export guide, customs terminology, as well as information on special economic areas, export processing zones, cross-border trade and GSP automation; and international, regional and bilateral trade agreements to which Vietnam is a party, including applicable rules and requirements as well as associated benefits.

The VTIP also has a selection of websites of international organizations or institutions that can bring further support to overseas expansion and tools, allowing exporters to perform trade potential analysis, desk research, and market surveys.

The portal is also expected to improve trade regulations themselves, as legislators are now able to easily identify the complexity of current regulations and procedures when applied to commodities, and to suggest areas to modernize and simplify while easily monitoring the progress of such processes.

“The Ministry of Finance, as the leading agency in the implementation of the WTO TFA, has committed to close coordination with government agencies, private sector as well as international organizations to ensure the efficient cooperation and information sharing for the sustainability of VTIP and contribute to the realization of Vietnam’s international commitments to transparency,” said Dinh.

Added Eckardt, “The Vietnam Trade Information Portal now provides a one-stop access point where users can find information from more than a dozen ministries and state agencies that are involved in trade procedures.”

Vietnam has climbed nine spots to 82 from 91 on the World Bank’s Doing Business 2017 ranking, and moved 15 spots up to 93 from 108 for improved border-trade indicators related to import-export operations. VTIP is a major step towards Vietnam’s goal to become one of the top four easiest places for doing business in ASEAN by 2020.