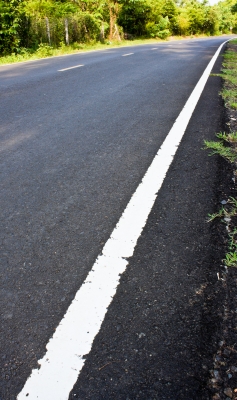 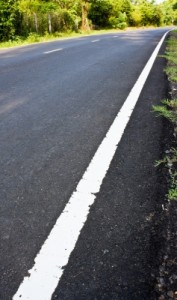 Trucks carrying both loaded and empty containers may now operate freely on certain designated streets in the city of Manila.

A memorandum will be released by MTPB on June 2, Bayocot said.

Trucks are now free flowing in and out of Manila ports via Roxas Boulevard using the following route: Radial 10 (R-10), C3 Road, 5th Avenue, Bonifacio, Balintawak then the North Luzon Expressway and vice-versa.

It must be noted though that outside of Manila, the metro-wide truck ban being implemented by the Metropolitan Manila Development Authority remains in effect.

The MTPB decision comes on the heel of massive pressure from the business community for government to stem the negative effects of the daytime truck ban implemented in late February by the Manila city government.

The policy has caused massive container congestion at the ports, with stakeholders up in arms over higher costs due to restricted movement of trucks and much delayed shipment deliveries.

One of the proposals of the business community was precisely for an express lane for trucks.

Bayocot said the express lane is a “big help” but truck turnaround will still be 72 hours for some time due to the problem of returning empty boxes.

Chamber of Customs Brokers, Inc. executive vice president Samson Gabisan said the express lane will help particularly as “empty containers can now (be transported freely) and since Road 10 and Roxas Boulevard are now 24/7, the loaded truck may now go to the ports any time.”

He said the full effects of the new policy will only be felt several months from now, considering the ports are so congested.

Association of International Shipping Lines general manager Atty Max Cruz said the MTPB decision is “better than the previous” setup although he was not sure “to what extent at this point”.

He told PortCalls “this will depend on the efficiency of implementation. Of course, the lifting of the daytime truck ban would have been best for trade.”

Since the Manila daytime truck ban’s implementation, truck operators have increased their rates by at least 50%; some international shipping lines have skipped calls to Manila ports; ports’ utilization has gone up considerably; the Bureau of Customs saw reduced collections to the tune of P100 million to 150 million a day; and the Manila International Container Terminal closed down its empty container depot beginning June 1.

Empties have particularly piled up because during the allowable operating window of 10am-5pm and 10pm-5am, trucks carrying empties may ply Manila streets on their way out of the city but not on their way in.

Practically the entire business community – from the port operators to the chambers of commerce to cargo service providers and cargo owners – have said the measure was a singularly bad idea. The policy has had wide-ranging effects that many sectors have called on no less than President Aquino to intervene.

A Citigroup report on the truck ban in March noted that the measure cost the country from P61.2 billion to P320 billion in losses and would hinder gross domestic product growth by 1-5%.

Right before the MTPB decided on the express lanes, port users wrote a letter to Manila Mayor Joseph Estrada, proposing measures to lessen the effect of the truck ban on the economy.

The group said the stretch of R-10 is utilized by trucks to and from areas in the North such as Caloocan, Malabon, Navotas, Valenzuela, Quezon City, and nearby northern provinces.

Some of the group’s proposed measures were:

A similar petition was earlier sent by various stakeholders, led by the Philippine International Seafreight Forwarders, to President Aquino. The petition sought the lifting of the truck ban; fast tracking of infrastructure development; addressing the problem of overstaying containers; and assigning 24/7 dedicated truck lanes.

The petition was the outcome of the Transport Summit 2014 organized by PISFA and PortCalls in April. — Roumina M. Pablo