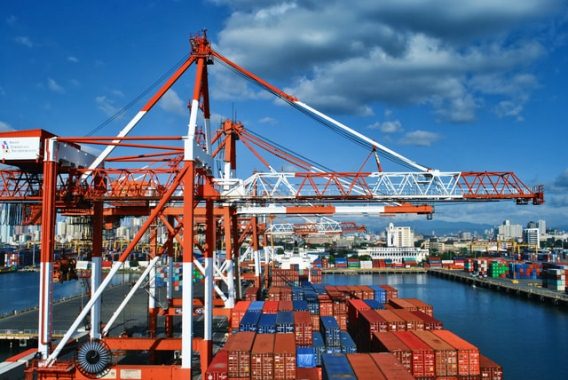 The average number of containers requiring loading and unloading per ship call at major global gateway ports has jumped during the pandemic, causing further delay and congestion in an already stretched supply chain, according to a new IHS Markit analysis.

Container call sizes are up between 10% and 70% versus the first half of 2019 across major US, Northern European and Asian ports, said the London-based information, analytics and solutions provider, citing its latest Port Performance Data.

At the Port of Long Beach in the US, average call sizes are now more than 70% higher than before the pandemic, with terminals dealing with an average of more than 7,000 container moves per call on large ocean-going vessels.

Lars Jensen, CEO of Vespucci Maritime, in a recent social media post said that up to 59 vessels are currently waiting outside the ports of Los Angeles and Long Beach.

“A few of the waiting vessels have now been lying in wait for around 2 weeks having departed Asia a month ago,” he said.

“Furthermore, 11 of the vessels waiting in line still appear as planned to depart ports in Asia with cargo bound for the US West Coast again within the next 2½-3 weeks. Given they are still waiting in line off the California coastline, and that the queue is growing, it is clear we should expect further blank sailings out of Asia in October as these vessels are not going to be able to make it back to meet their scheduled departures,” he added.

IHS Markit said call sizes had been growing already prior to the pandemic due to increasing vessel sizes and optimization of liner networks. Strongly rebounding and unpredictable demand—as trade volumes recovered sharply from end of 2020—amplified the trend, causing delays at many global ports dealing with intermittent spikes in demand.

“The severe operational strain is caused by the surge in cargo volumes coming in much more concentrated loads,” said Turloch Mooney, associate director for maritime and trade at IHS Markit.

Asian ports can load or unload a container more than twice as fast as their North American counterparts, taking on average 27 seconds compared to 76 seconds on large call sizes. The Northern European ports take an average of 46 seconds, according to IHS Markit’s port statistics.

“The extent of the congestion has been a shock to many both inside and outside the industry and has prompted investigations into how certain container ports have become overwhelmed, and what can be done to improve resilience for the future,” said Mooney.

The higher volume and low productivity has resulted in 40% of vessel calls at the large North American West Coast ports being required to drop anchor before a berth.

Photo by Mariah Dalusong on Unsplash